The mind of a 65-year-old man full of life in Chamba: Taking out slippers and pockets, kept 80 rupees out, then jumped into the Ravi river; No one in the crowd tried to save his life 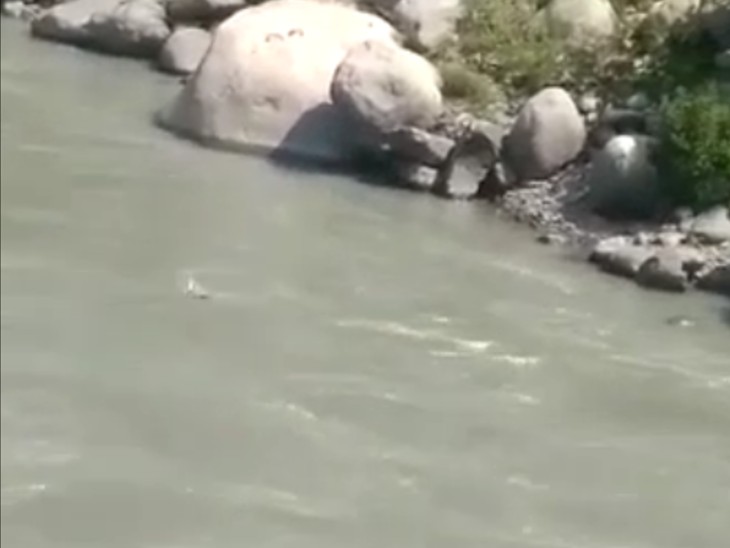 65-year-old man who jumped in the river Ravi in ​​Chamba, no one bothered to remove it.

A 65-year-old man has jumped into the Ravi river from a sand bridge in Himachal Pradesh’s Chamba district. The video of the elderly floating in water is also going viral. So far no trace of the said person has been found. The policemen who arrived from Sultanpur outpost have started searching for him on the river bank. At present, divers are also being called, who will conduct the search operation of the said person.

According to the information received, a person jumped near the sand bridge of Chamba on Wednesday. A 65-year-old man, a resident of Chamba’s Dhadog, jumped in the afternoon. Before jumping, the said person first took off his sandal and put the 80 rupees he had in it. On getting information about the incident, the police also reached the spot. As soon as the said person jumped into the Ravi river, a crowd of local people also gathered there. No one dared to jump into the river and get him out because of the strong flow of the Ravi river.

Kuldeep Singh, a policeman of Sultanpur outpost who reached the spot, said that 65-year-old man Prakash Chandra is being told of Mohalla Dhadog. The information has been given to the relatives, search is on for the missing person in the river.