The tanker came as a time: the tanker coming at a blind speed in Anand hit the bike riders, father, son and cousin died on the spot 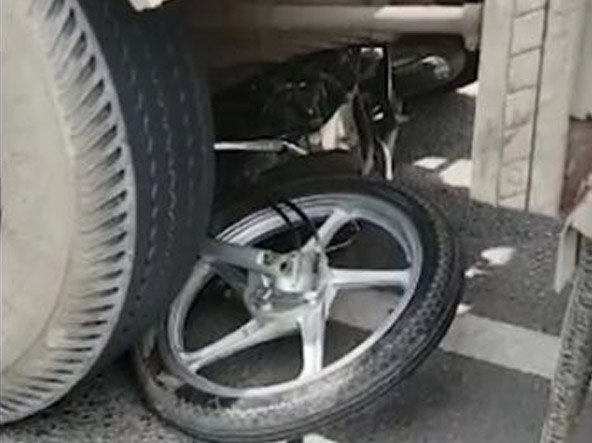 Due to the collision of the tanker, the bike got out of control and came under the tanker.

Father, son and cousin died in a road accident near Samarkha Chowkdi in Anand city of Gujarat on Sunday evening. The deceased were going home on a bike. Meanwhile, a speeding tanker hit the bike between Rawalpura and Boriyavi, due to which the bike came under the tanker uncontrollably.

The bodies were handed over to the family this morning after the postmortem.

family returning from temple
According to the information received, Jayesh Parmar (25), living in Lakshmipura, Anand, had gone to Khodiyar Mata’s temple with his five-year-old son Harsh and cousin Haresh Parmar (18). After darshan, all three were returning home in the evening. During this, he became a victim of an accident. The death of three members of the same family spread mourning in the entire area.

tanker hit from behind
Passers-by told that the tanker was at full speed. Meanwhile, while overtaking, the left front wheel of the tanker collided with the bike. Due to the collision of the tanker, the bike got out of control and came under the tanker. At the same time, all the three bike riders had fallen on the road. The bodies of the deceased were sent by 108 ambulances to the Civil Hospital in Anand for postmortem. The bodies were handed over to the family this morning.