The truth of Corona came to the fore as soon as testing increased in Punjab: 6 and a half thousand patients in a day from 35 thousand tests; If there is an election crowd, then the situation will be uncontrollable 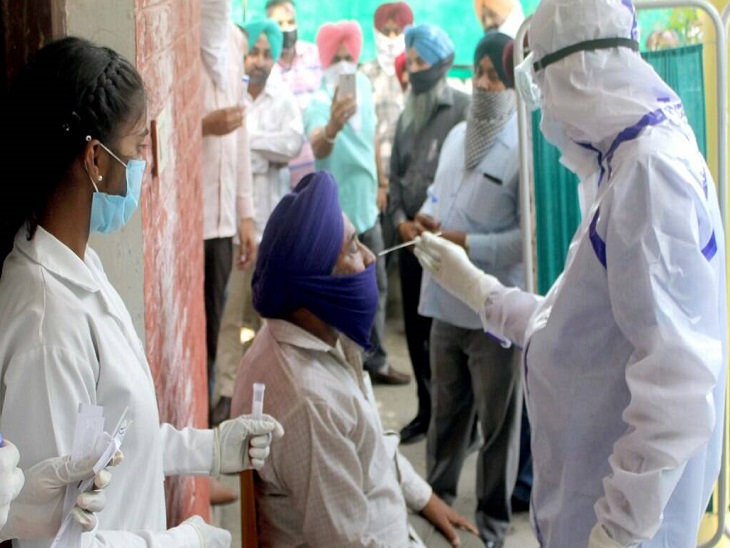 34,529 tests were conducted in Punjab on Wednesday

Corona has wreaked havoc in Punjab. On Wednesday, the government conducted 35 thousand tests, which got 6 and a half thousand positive cases during 24 hours. At the same time 10 people died of corona. In the midst of this, the biggest danger has now become crowded election rallies. Despite the restrictions, the graph of corona is increasing rapidly. In such a situation, if a crowd gathers, then the situation can become uncontrollable. At present, the Election Commission has put a ban on this till January 15.

Situation worsens in Mohali, every other person is positive

After Patiala and Ludhiana in Punjab, the situation has deteriorated rapidly in Mohali. The situation of infection in Mohali is such that every second person is getting corona positive in terms of test. On Wednesday, 2,150 sample tests were done here. Out of which 974 people were found positive. Here the positivity rate was 45.30%. Even in Patiala, the situation has not improved. Here 906 positive patients were found with a positivity rate of 31.66%. Every third patient is getting positive in Patiala.

10 deaths in 7 districts, patients with critical care and ventilator increased