Threat of new form of corona: First death due to ‘Delta Plus’ variant in Mumbai, 63-year-old man who got both doses of vaccine lost his life 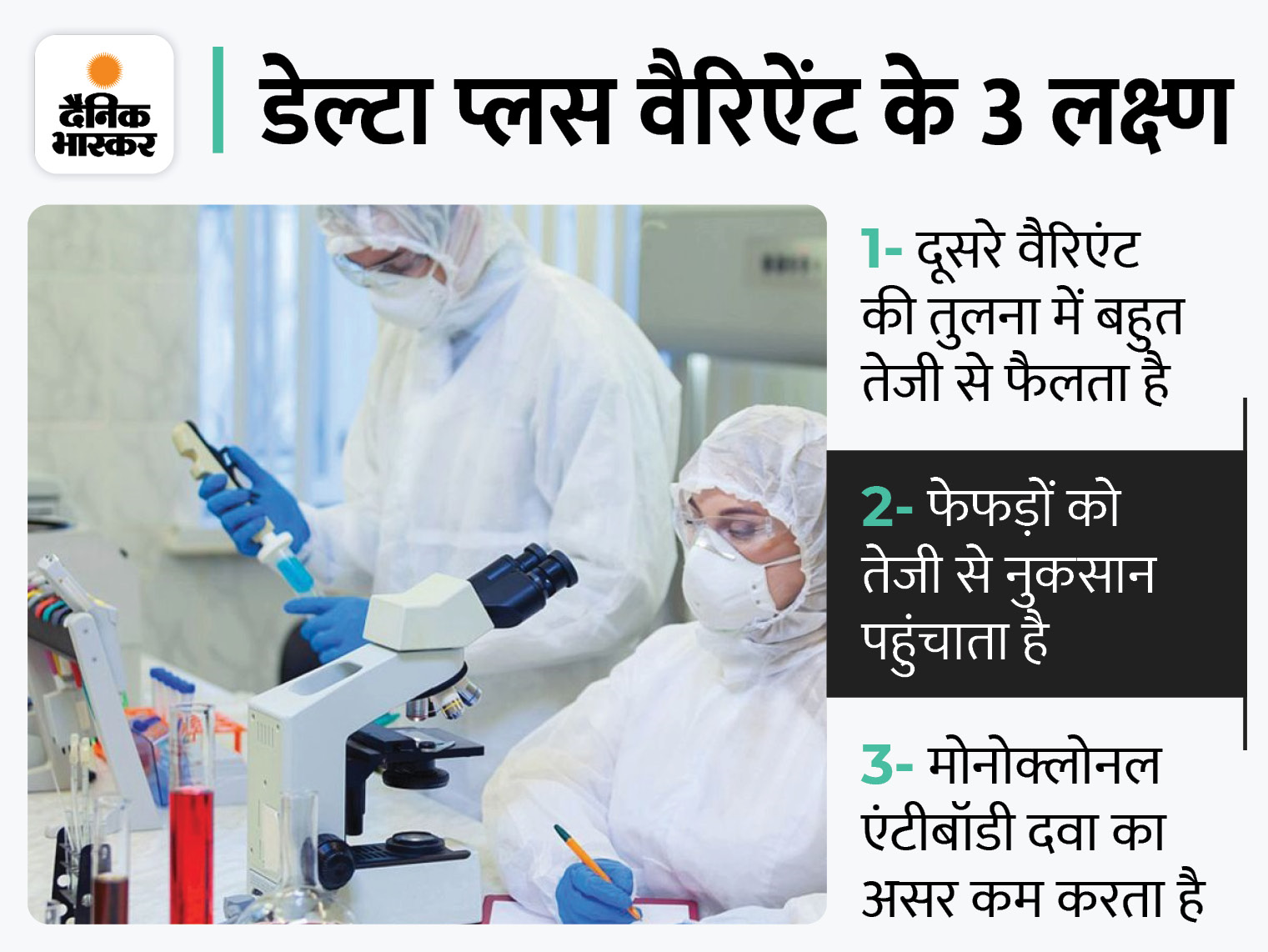 The first death occurred due to the Delta Plus variant in Mumbai. A 63-year-old woman from Ghatkopar area of ​​the city died during treatment on July 27 after being infected with corona on July 21. His new report came on Thursday, in which it is clear that he died from the Delta Plus variant. The special thing is that the woman had taken both the doses of the vaccine.

So far two deaths have occurred in Maharashtra from the Delta Plus variant. The first death was that of an 80-year-old woman in Ratnagiri on June 13. The state government had informed the Brihanmumbai Municipal Corporation (BMC) that 7 people in Mumbai have been found infected with the Delta Plus variant. After this BMC started talking to the people who came in contact with these patients. This woman was also among those seven people.

2 other patients who came in contact also infected with Delta Plus
Mumbai Health Department head Dr. Mangala Gomare said that 6 other people who came in contact with the woman were also investigated. The Delta Plus variant has been detected in 2 more of these people. The investigation report of some more people is still awaited.

Initially home treatment
Doctor Gomare told that the woman was suffering from interstitial lung and obstructive airway. Initially he was kept on oxygen support at home, later admitted to the hospital on 24 July, where he died after three days of treatment.

Talking about the cities, the maximum number of 7 patients are in Mumbai. After this 3 patients have been found in Pune, 2 in Nanded, 2 in Gondia, 2 in Raigad and 2 in Palghar. Similarly, one patient each has been found in Chandrapur and Akola districts. Of the 65 patients found in Maharashtra, 32 are men and 33 are women.

For the prevention of corona virus in Maharashtra, the number of samples genome sequencing has been done so far. Of these, 80% have been confirmed to have the Delta Plus variant.

100 samples are tested every month
The Maharashtra government has tied up with the Institute of Genomics and Integrated Biology Lab, working under the Council of Scientific and Industrial Research (CSIR) institution, for genome sequencing. Every month 100 samples are tested from each district of the state through this network.