Threat of Zika virus in Maharashtra: In the affected villages of Pune, women were appealed not to become pregnant for 4 months, people are being made house-to-house aware 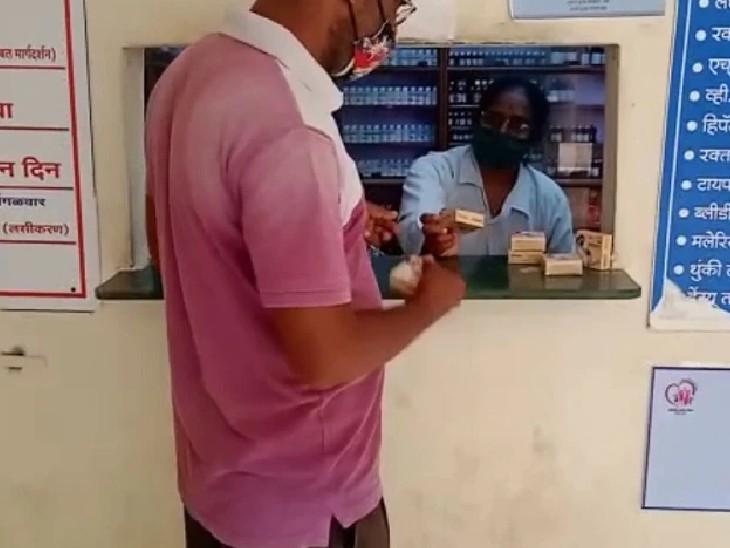 Condoms are being given free of cost in the dispensaries of the village. Along with this, pregnant women are also being advised to stay safe.

Amidst the threat of corona infection, the threat of Zika virus in Pune stands out in 75 villages. The administration has ordered to speed up vaccination in these villages. Meanwhile, Belsar village in Pune has taken a unique initiative to reduce the risk of Zika virus. The panchayat has advised the women of the village to stay away from pregnancy for 4 months. For this, the team of Health Department is going door to door counseling them. Also, condoms are being distributed free of cost to local men.

The people of Belsar Gram Panchayat agree with this decision of the administration.

The village sarpanch and the health organization together have asked the men to use condoms to prevent women from getting pregnant for the next 4 months. Panchayat Deputy Sarpanch Dheeraj Jagtap says that pregnant women are most at risk of Zika virus. Due to the Zika virus, there is a possibility of very bad effects on the unborn child. Her brain can also be affected, so we have advised women to stop getting pregnant for the next four months.

The team of Health Department is explaining to the women from door to door.

Zika virus can be transferred from man’s semen
The first patient of Zika virus was found in Belsar village of Pune. The virus was confirmed here in a 55-year-old woman. Many central and state teams have come and investigated in Belsar village. Deputy Sarpanch Dheeraj Jagtap says that the village has taken this decision due to Zika virus being found in the ‘semen’ of men. By having safe sex, the infection will not spread to women. According to the Panchayat, the Health Department has also described this method as effective.

Zika can make a child mentally ill
Bharat Shitole, the doctor who examined the people of the village told that Zika is spread by the Aedes aegypti mosquito. Pregnant women are at higher risk of getting Zika. The virus survives for four months in the semen of a man. Zika can impair a baby’s brain development. It can even lead to premature labor, so it is extremely important to be careful. Therefore, an appeal has been made by the Health Department to the villagers to avoid pregnancy for four months or use condoms. For this reason condoms are being distributed to the villagers.

The first case of Zika virus was found in 1940 in Uganda. After this the virus spread rapidly in many parts of Africa. It reached Latin America, touching some countries of the South Pacific and Asia. It showed its outbreak in Brazil. Some experts believe that it may have come from Asia and the South Pacific during the 2014 Football World Cup. However, this claim has not been confirmed yet.

What are the symptoms?

This virus is spread by a mosquito named Aedes aegypti. It is the same mosquito that causes diseases like yellow fever, dengue and chikungunya. Zika is transmitted directly from an infected mother to a newborn. This virus is also spread through blood transfusion and sexual intercourse. It is difficult to detect Zika immediately, as its symptoms have not yet been accurately explained, but three out of four people are said to have a high fever, rash, headache within three to twelve days after being bitten by a mosquito. Signs of pain and severe joint pain may appear.