Today’s positive news: grew up in South Africa, after returning to India, started a startup of safe cameras to prevent road accidents, earning 1 lakh every month 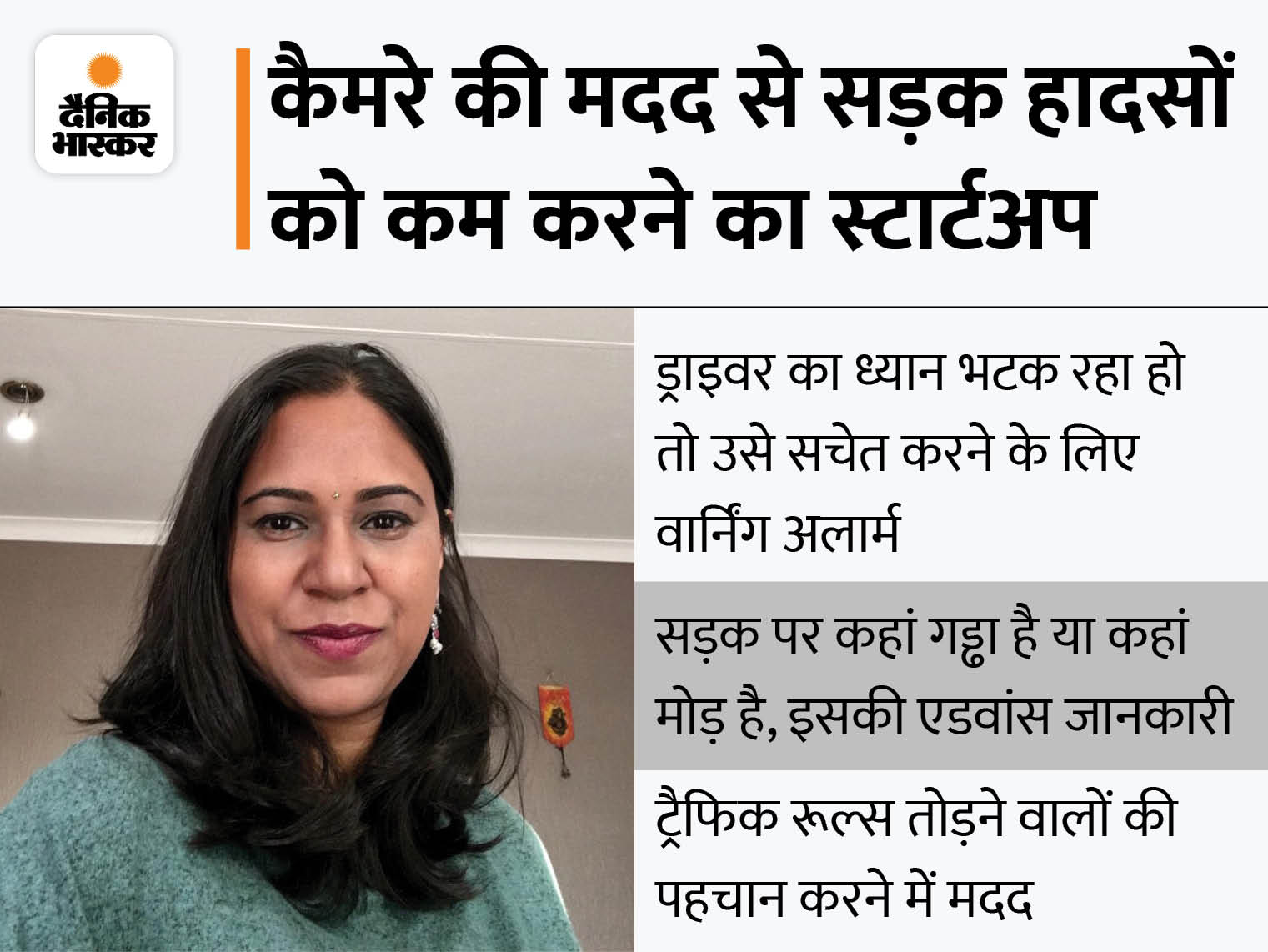 Often our car becomes a victim of an accident while driving on bad roads. Sometimes the speed of the car is high and suddenly a pothole is seen in front of us, then our balance gets disturbed, it leads to an accident. Sometimes, while driving, our attention gets distracted or we get a nap and an accident happens. In most cases people even lose their lives. Seeing this problem, 3 years ago an Indian overseas couple started a startup named ‘Safe Cam’ in Pune.

These people install a camera in cars, which is helping to a great extent in controlling road accidents. Their service has started in most of the states of the country. These people are providing their service through both online and offline mode. Due to this, they are earning more than one lakh rupees every month.

41-year-old Chetna Naidu’s parents belonged to Gujarat, later they settled in South Africa. Chetna grew up in South Africa. There he studied CA and also worked for a long time. In a way, they got settled there.

Chetna says that we make all our products in India only. For this, we bring the necessary things and equipment from outside.

Chetna says that she came to India in the year 2017. Seeing the condition of the roads here, he was very upset. Once she herself became a victim of a road accident. Although he did not suffer much damage, but a lesson was learned that it will not be easy for him to stay here in such a situation.

Dash camera bought from UK, people praised then came the idea of ​​startup

After this, Chetna along with her husband Vanish started doing research to reduce road accidents. After a lot of research, they came to the conclusion that in some countries outside, with the help of special cameras, such accidents are being controlled. Which is called dash camera. He also bought a dash camera from the UK. When she came to India with a dash camera and installed it in her car, many people liked her idea. Along with his family members, his friends also praised it.

Chetna says that then for the first time we felt that such a camera is needed for the people of India too. If we can bring such cameras here at a low cost for the use of the people here or we can develop ourselves, then we can get a good response. However, in a country like India and for the use of common people, it was a difficult task to develop such cameras. Even if the camera is developed, then operating it will also be a no less challenging task.

Vanish Naidu’s education was also done in South Africa. He has worked in the business sector for a long time.

After much deliberation, in the year 2018, Chetna along with her husband started working on this model in Pune. He sourced raw material from outside India and made his camera in Pune. After that worked on trial mode for a few months. After getting good response, started focusing on its marketing plan. Mouth publicity initially played an important role in their marketing. After that she became active on social media. Even at the offline level, he expanded his scope in many cities of the country and started marketing at the retail level. He has also provided some cameras to the Maharashtra Police, so that those who break the traffic rules can be identified.

How does this camera work?

Chetna says that at present we are marketing two types of cameras. It has a Driver State Monitor i.e. DSM and the other Advanced Driver Assistant System i.e. ADAS. DSM camera is based on AI i.e. Artificial Intelligence Technology. It regularly monitors the activity of the driver. That is, when the driver is driving fast, when he is sleeping or his attention is wandering here and there. This camera does its complete monitoring and in the blink of an eye also gives its warning to the driver. So that the driver becomes alert in time and the accident can be avoided.

Whereas ADAS camera works by going to the advanced level. It alerts the driver in advance that where the road in front is bad or what is in front that can cause a collision. It also tells the distance from that object. Also, a clear picture of the distant bad road also tells the driver in advance. So that the driver can control the vehicle in time. Many times it happens that the speed of our car is high and suddenly some turn or any such thing comes in front, which leads to an accident. In such a situation, this camera already alerts the driver.

People can easily install, mechanic facility in case of problem

Chetna says that at present we are doing marketing at both offline and online level. We have tie-ups with retail outlets and dealers in many cities of the country. They market our products through themselves. Along with this, at the online level, we market our cameras through our website and social media as well as Amazon and Flipkart. At present, the price range of our product ranges from Rs 7,999 to Rs 49,999.

In the picture you can see the camera installed inside the car. This camera captures the pictures in front of you in wide angle.

We also send a user guide with each camera so that people can easily install the camera in their car. If there is any problem in installing even after reading the user guide, then the customer can easily install it through the video. Even after this, if anyone is facing problem in installing the camera, then we also provide mechanic at the local level.

Why the need for such cameras?

Not only this, by looking at the recorded footage of this camera, a data can also be prepared that on which route from where to where the road is bad? Where there is a dangerous turn or any other object, which can cause an accident. Apart from this, such cameras are also needed at the level of administration. So that the police can easily know where and which people do not follow the traffic rules and action can be taken against them.