Took charge: Shimla SP Manika Bhutunguru Belli, visiting tourists is a good thing, but will not tolerate hubbub and violation of Covid rules 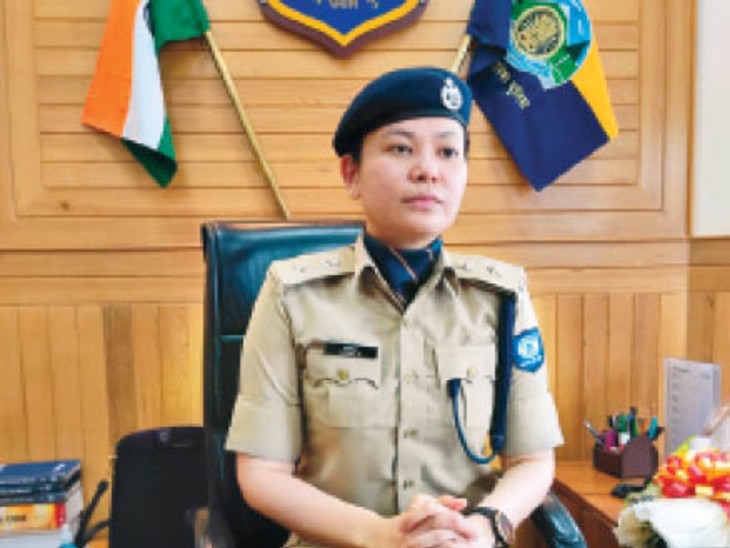 Guests are welcome to visit our Shimla. We will spare no effort in your hospitality. Only when tourists come, the youth of our district Shimla will get employment. But if someone riots and violates the rules of Kovid, then I will not tolerate it. This is to say that Manika Bhutunguru, the new captain of the district Shimla Police.

Talking to the media after taking charge on Wednesday, SP Manika Bhutunguru said that I have always been in favor of handling law and order according to the rules. Therefore, I appeal to the people that they should consider the police as part of their family. He said that after evaluating the problems being faced by the people, efforts would be made to eliminate them.

The focus will be on women’s safety and drug prevention: SP Manika says that women’s safety is her first priority. She will make every effort to stop the crime against women in the district. He says that it is very important to bring awareness in the society to stop domestic violence. The SHOs of all the police stations have been instructed to keep a close watch on the increasing cases of drug smuggling in the district. He said that drug addiction is spreading its roots fast in the district. In such a situation, there is a need to curb drug smuggling and bring the youth out of its trap.

Will adopt new ways to get rid of traffic: Shimla Police will also work effectively to stop the increasing traffic in the capital Shimla. SP Monika said that traffic is a big problem in Shimla. He will also keep a close watch on the traffic. New methods will be adopted to get rid of traffic and a new plan will also be prepared. So that traffic jams can be avoided in the city and the travel of the people is also comfortable and complete. For this, a meeting will be held soon with the concerned traffic officers. In which we will discuss how to deal with traffic jams.

Video clip made by police on Rohit Chawla: A video clip has been made by Shimla Police on Mahit Chawla, former SP of Shimla. Which is being appreciated a lot on social media. People are praising the tenure of Mahit Chawla fiercely. He has been transferred on the lines of Baddi SP. Mahit Chawla has made a special contribution in preventing drug addiction and handling the traffic system through the train. At the same time, the current SP Manika has also praised the work of Mahit Chawla.