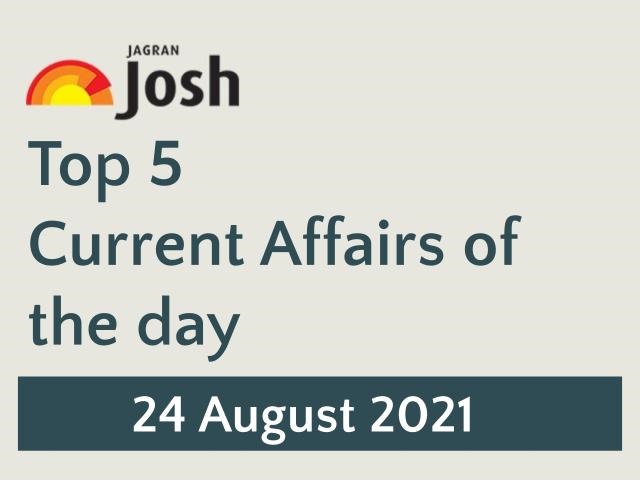 The Central Government has awarded three cities from Andhra Pradesh with ‘Water Plus’ certification. It has been done under the Swachh Bharat Mission and Swachh Survekshan assessment. A city can only be ‘Water Plus’ certified only after it has achieved the status of Open Defecation Free.

Japan to bring back soil samples from Martian Moon

Japan’s space agency has been planning on bringing soil samples back from the Martian Moon ‘Phobos’ by 2029. The agency plans on launching an explorer in the year 2024 on Mars Moon. If the plan will be successful, Japan will be ahead of China and the US in identifying clues to the origin of Mars and the traces of possible life.

A 54-member strong contingent from India has been sent to compete at Tokyo Paralympic Games 2020. The Indian athletes will be competing in a total of nine sporting disciplines in the games. The Tokyo Paralympics Opening ceremony was on August 24, 2021, and was hosted at the same stadium which also hosted the ceremonies for Tokyo Olympics 2020.

Union Minister Narayan Rane was formally arrested by Maharashtra police for his slap remarks against Maharashtra Chief Minister Uddhav Thackeray. Two FIRs were registered against the Union Minister, one in Pune and the other one in Nashik, regarding his remarks. Rane had also approached the Bombay High Court earlier seeking protection from arrest.

Egyptian authorities have shut down its main border crossing point with the Gaza Strip. The decision has been taken amid tensions with Gaza’s militant Hamas rulers. Rafah crossing, the crossing point between Egypt and Gaza strip, was opened even during the 11-day war between Israel and Hamas.