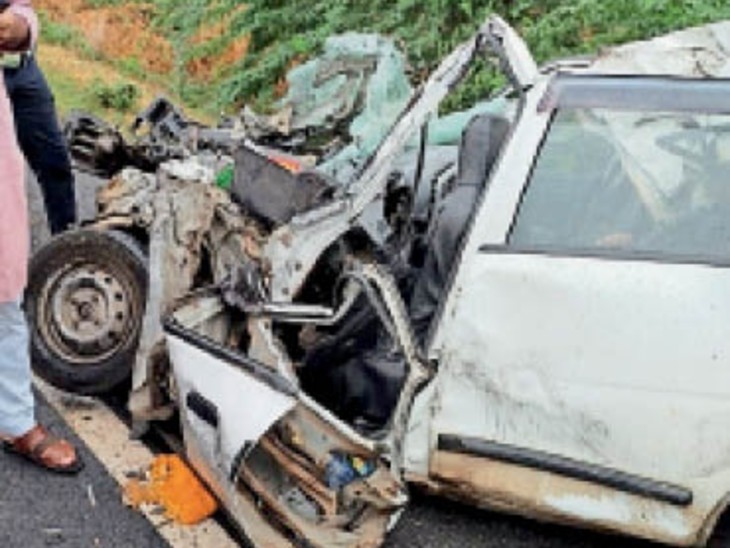 The car was badly damaged in the accident.

The couple died in a horrific accident between a car and a tanker near Mooli-Doliya village of Surendranagar. The accident happened near Patiya of Bhaduka village. In this accident, Mayurbhai Ganesh Patel and his wife Dimpleben Mayur Patel were seriously injured in the car. 108 ambulances were called immediately after the incident and they were taken to the hospital for treatment but both died on the way.

In the preliminary investigation, the Patel couple were residents of Nawalgarh in Dhrangadhra taluka. While passing near Bhaduka village, his car collided with the tanker in which the accident took place. At present, the police has started further investigation by sending the bodies of both to the PM.