Traumatic accident in Maharashtra: 13 laborers killed, 3 critical as a truck loaded with iron rods overturns; All the deceased were from UP and Bihar 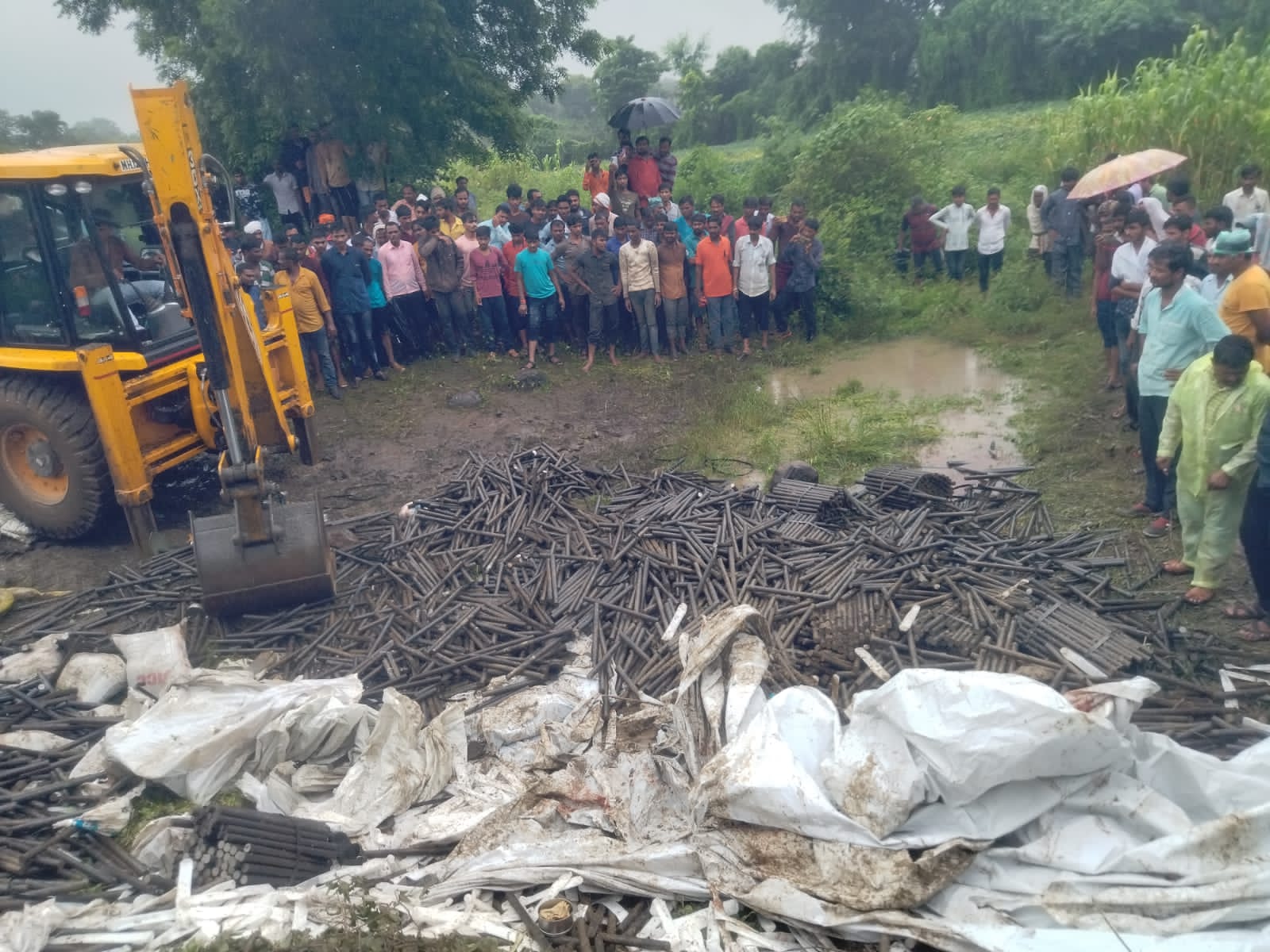 The accident was so severe that 8 people died on the spot.

13 people have died after a truck loaded with iron bars overturned in Maharashtra’s Buldhana. A total of 16 people were on it when the truck overturned at 2 pm on Friday at Sindhkhedaja in Buldhana. Two of the three survivors of the accident have been admitted to the district hospital in Jalna, where their condition remains critical. The name of the highway on which this accident took place is Hindu Hriday Samrat Balasaheb Thackeray Samridhi Highway.

Higher capacity cranes were called to lift the overturned truck. Only then could the truck be removed.

According to the police, while passing through the Tadegaon-Dasarbid section of the highway, the truck was speeding and the load was too high. So he turned uncontrollably. After the truck overturned, 8 people died on the spot due to being buried under the bar, while the rest died during treatment. All the deceased were residents of Uttar Pradesh and Bihar, who had come to Maharashtra for wages. See the situation after the accident in the pictures…

8 people died on the spot due to being crushed under the truck. 5 seriously injured people died in the hospital.

After the accident, the local people started relief work, but they could not succeed due to heavy load in the truck.

A JCB machine was called to remove the debris, only after that the bodies of the people buried under the debris could be retrieved.

It was raining at the time of the accident, it is suspected that due to this the truck slipped and fell off the road.