Two bikes collide in Parwanoo, one young man dies: A young man who fell on the ground was crushed by a tanker coming from behind, died on the spot 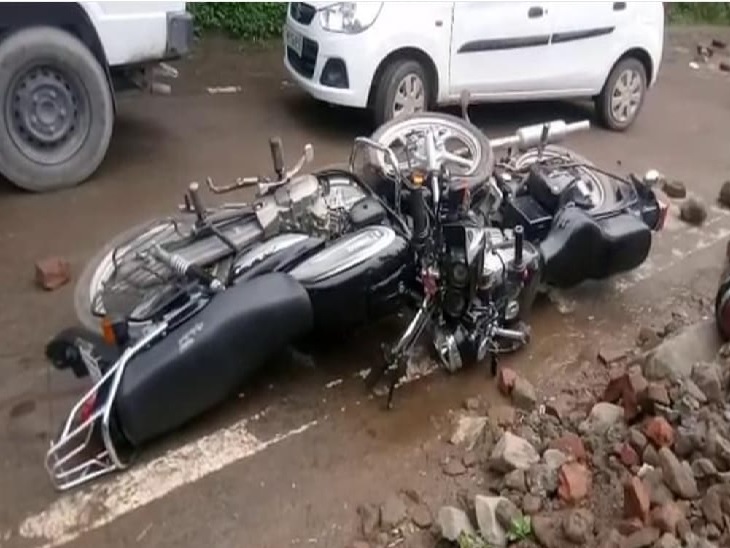 The bike was damaged during the accident.

A young man died in a collision between two bikes in Parwanoo. Police have registered a case in this regard. The body of the youth has been sent to ESI Hospital Atomic for post-mortem.

According to the information, there was a head-on collision between two motorcycles of Himachal and Haryana numbers near Kali Mitti sector on Kasauli-Parmanu road on Saturday. During this, 21-year-old Rohit, a resident of Kasauli, fell down and was crushed by a tanker coming from behind. Due to which he died on the spot. While the other bike rider suffered minor injuries in the accident. On coming to know about the incident, the police reached the spot and Parwanoo police have registered a case in this regard. The body has been sent to the hospital for post-mortem.