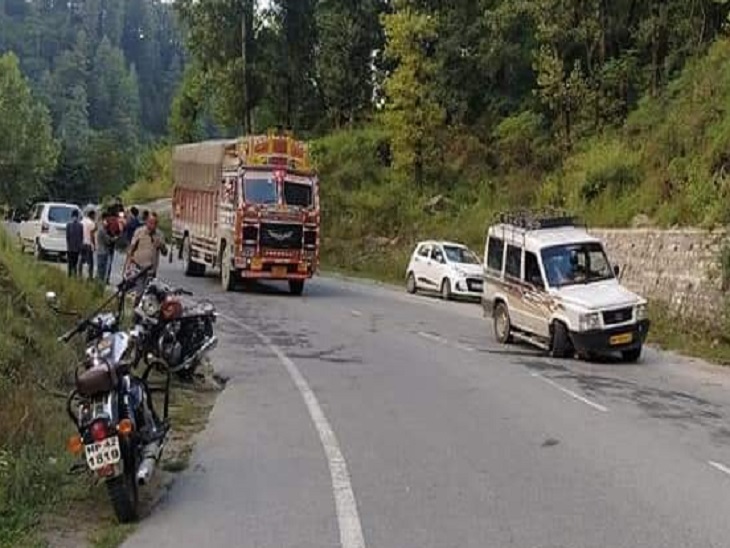 A young man died in a road accident near 16 miles in Manali.

In Himachal Pradesh, two people died in three separate road accidents, while 6 people were injured. The injured have been admitted to the hospital for treatment, while the bodies of those who died have been handed over to the relatives after conducting post-mortem. Police have started investigation by registering a case. Every day people are losing their lives in road accidents happening in Himachal.

Pickup fell off the road and fell in the fields

In the first accident, an apple-laden pickup was going to Dehradun Mandi in Sunsog, Shimla. Meanwhile, the pickup on the Chakrata-Sahiya-Kalsi road went out of control and overturned after falling into the field below the road. Four people were in the pickup at the time of the accident, including a 12-year-old girl. At the same time, after getting information about the accident, the police reached the spot and took stock of the accident.

Along with this, the police team, with the help of local people, admitted the injured in the accident to CHC Sahiya for first aid. Bhim son Jaipal resident Sansog-Himachal, Dinesh Rawat son Sardar resident Bulhad, Nishant son Nain Singh resident Chhajpur-Himachal and a 12-year-old girl were injured in the accident. At present, the condition of the injured is said to be stable. At the same time, the police have started investigation by registering a case.

Woman dies after falling from bike in Hamirpur

A speeding Tata Sumo rammed a two-wheeler in the wrong direction near 16 miles in Manali. In this collision, the youth riding the bike died on the spot. The young man sitting there has suffered serious injuries. The deceased youth has been identified as Ronit son Sohan Lal resident of Goshal Keylong, Lahaul. The name of the injured youth is Bimal resident Mulling, Keylong. Bimal was taken to Mission Hospital Manali in an injured condition. Police have started investigation by registering a case. At the same time, according to eyewitnesses, it was the fault of the Sumo driver. He had suddenly come in the wrong direction.