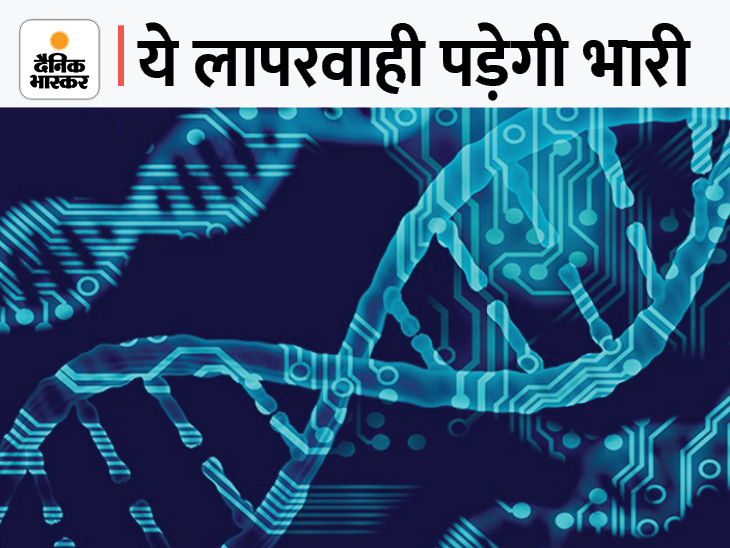 The negligence of the Health Department regarding the new variant of Corona, Omicron, may be overshadowed. The game is going on in genome sequencing even after positive reports of people coming from abroad. Samples are being sent for genome sequencing 15 days after the infection is confirmed, while the government also believes that a positive patient becomes negative in 15 days. This game of carelessness in Gopalganj district can make a chain of new variants of Corona. In the investigation of Dainik Bhaskar, a shocking case of negligence of the health department has come to the fore.

In Gopalganj, the Health Department has sent a sample of 5 people for genome sequencing. According to DPM Dhiraj Kumar of Gopalganj, the matter is old. However, as soon as the case of the new variant Omicron came, the sample was sent on 3 November to detect the variant. On the question of why the sample is being sent for the delay, the DPM says that this is being done to find out Omicron. Now let us tell you the big negligence of the health department.

Negligence one – delay in genome sequencing of a young man from Turkey
A young man came from Turkey in Gopalganj. His investigation was done on 6 November. Even after the test report came positive, the Health Department did not do any work to find out the strain of the virus in it. The matter was related to foreign countries and the new variant should have been sent for genome sequencing immediately. But, on December 3, the sample has been sent to IGIMS for sequencing.

The investigation of the young man’s wife from Turkey was also done on November 6, the test report came positive but the health department did not show seriousness. No attention was paid to genome sequencing. Both husband and wife turned positive but no work was done regarding genome sequencing of both.

Negligence three – Negligence in investigation of young man from Bangalore

A young man came from Bangalore in Gopalganj and his investigation was done on 18 October. The investigation report came positive, but now on December 3, the genome is being sent for sequencing. Now the question is whether after October 18, the concerned youth will be Kovid positive or will he have become negative. In such a situation, sending it for genome sequencing is a big question.

Question on health department’s claim
The Health Department also does not know that how many people have come in contact with the infected whose report has been sent for genome sequencing after coming positive. There is no information whether he has been in home isolation or gone to the hospital. In such a situation, the claims of the Health Department are being exposed by the arbitrariness of the officials.