Water crisis: No improvement in water supply, then reduced to one MLD, 38 MLD only got water, while the city needed 46 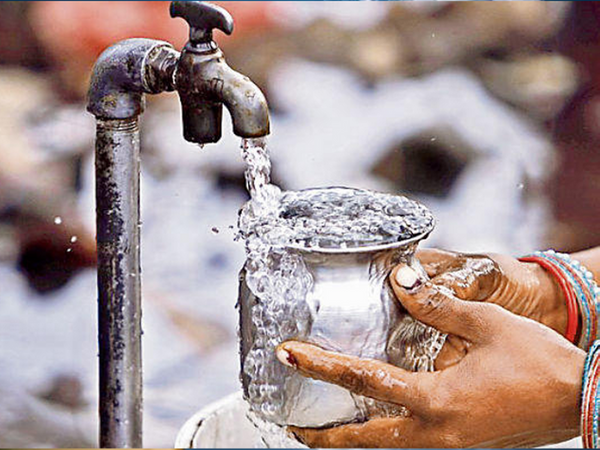 Pumping is not happening due to continuous siltation, water supply may increase if the mass is cleared.

There was water scarcity in the city for the second consecutive day. The city could get only 38 MLD of water. Although 39 MLD water came to the city on Monday, but on Tuesday one MLD less water came. Whereas the city needs 46 MLD of water. Such problems are being faced due to siltation in drinking water projects.

The siltation due to rain can be gauged from the fact that only 15.27 MLD of water was available to the city from the Gumma project of 25 MLD that supplies water to the city, whereas only 13.67 MLD from the Giri project of 20 MLD due to siltation. The water came

Due to which there was no water supply in the whole city and people got upset. At the same time, the supply of 9.60 MLD received by the city from all the projects was supplied only to the hospitals and main offices. The supply of water was started after noon as soon as the silt decreased, but due to the water becoming muddy, the water supply in the city is still going to be affected for a few days.

Silt coming more than the capacity of the machine: A siltation plant has been installed at Giri, Gumma project. With the help of which the silt is separated from the water, but the amount of silt is so high that even the turbidity unit is not able to work. A capacity of 4000 NTU has been installed in the project. During the rains, the amount of silt here reaches up to 11 thousand NTU. Lifting has to be stopped due to siltation in the water. In such a situation, the problem of water often arises in Shimla city after heavy rains.

45 to 47 mld water comes in normal days: Rajesh Kashyap, AGM Water Lifting of Jal Nigam said that on normal days, 45 to 47 MLD of water is supplied to the city. But due to heavy rains on Wednesday, only 38 MLD water was available to the city. In such a situation, this water was supplied only for hospitals and main offices. He said that due to heavy rains this time, the amount of silt had crossed 6000 NTU, due to which the supply of water from drinking water projects was stalled.

Earlier it did not rain, now it is silt. With the increase in summer, there was a shortage of water in drinking water projects earlier, but due to the monsoon rains, the problem of siltation is coming to the fore. This time there has been less snowfall and rain, due to which the water level was continuously decreasing. If there was no rain on time, it could deepen the water crisis in the coming times. Now when the sequence of rain stops, the water will come clean.