Water crisis: Water did not come to the city, bulk meters installed in the main line, people had to face problems due to lack of supply 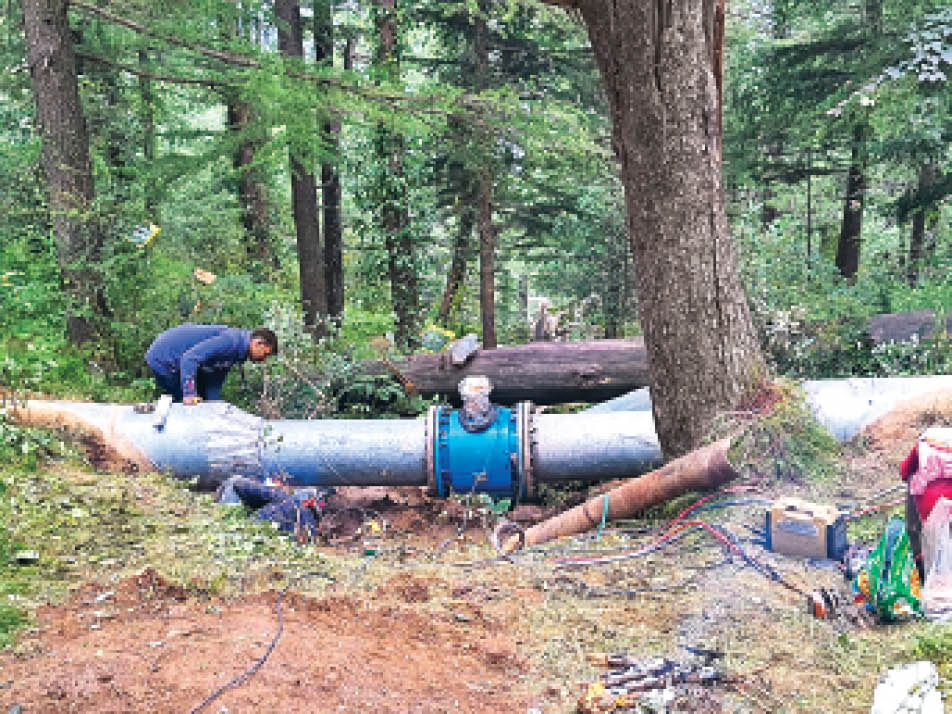 Due to the installation of bulk meter in the water line, the water supply was stopped.

There was no water supply in the city on Thursday. Due to this, the people had to face a lot of trouble. Due to the installation of bulk meters in the main line of water in the city, the supply of water was stopped. However, even the main tanks of the city got very little water supply even from drinking water schemes. In such a situation, now the water supply will be stopped on Friday only. Water supply was not provided in Bhattakuphar, Gahan, Samitry, Byoliya Colony, Shanti Vihar, Chhata Shimla, Craignain, KNH, New Shimla, Kamli Bank area and Kamalanagar areas of the city.

SJVNL Company supplied water at some places in the morning, but after that, bulk meters were installed at Chhata Shimla, Craignain, KNH, New Shimla. Even now, less water is being lifted from drinking water schemes. Due to this also the water crisis remains constant. There was water scarcity in the city for the fourth consecutive day. The city could get only 31.76 MLD of water. Though water is being supplied through drinking water schemes for tanks, but due to installation of bulk meters, it has not been distributed in the city.

At the same time, the siltation due to rain can be gauged from the fact that only 4.88 MLD of water was available to the city from the Gumma project of 25 MLD, which supplied water to the city, whereas due to siltation, only 20 MLD from the Giri project. Only 17.50 mld water came. A siltation plant has been installed at Giri, Gumma project. With the help of which the silt is separated from the water, but the amount of silt is so high that even the turbidity unit is not able to work.

This is how bulk meter works: Bulk meter is used to measure the flow of water. This shows how much MLD water is being supplied. It also makes meter reading easy. It will now be easy for the drinking water company that how much MLD water is being given to which places of the city. In such a situation, where the consumers will also benefit from the installation of bulk meters, the company will also not face any problem.

46 mld water is distributed on normal days
On normal days, 46 to 47 MLD of water is supplied to the city. Due to heavy rains, the city got only 31 MLD of water, but it has not been distributed. Water was supplied only for hospitals and main offices. With the increase in summer, there was a shortage of water in drinking water projects earlier, but due to the monsoon rains, the problem of siltation is coming to the fore. This time there has been less snowfall and rain, due to which the water level was continuously decreasing. If there was no rain on time, it could deepen the water crisis in the coming times. Now when the sequence of rain stops, the water will come clean.