What is National Hydrogen Mission launched by PM Modi on 15th August 2021? 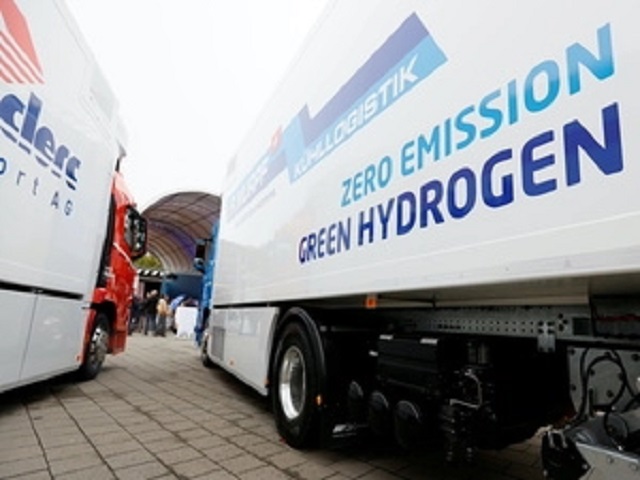 PM Narendra Modi on August 15, 2021, launched the National Hydrogen Mission on India’s 75th Independence Day. The Mission aims to aid the government in meeting its climate targets and making India a green hydrogen hub, said PM Modi during his Independence speech from the Red Fort.

“India is not energy independent,” he added. Currently, India spends over Rs 12 lakh crore on importing energy. The government aims to make India an energy-independent country before 100 years of independence is completed.

Given the favorable geographic landscape and availability of natural elements of India, the country has a huge edge in effectively integrating renewable energy sources into its energy mix.

What is National Hydrogen Mission?

•The National Hydrogen Mission proposal was announced in the Union Budget 2021-22 to harness the potential of hydrogen in the energy area and enable generating hydrogen from green power sources.

•The mission will focus deeply on the generation of green hydrogen which is extracted from clean and green power sources and enable its commercial viability as a transportation fuel.

•However, technology to produce hydrogen and using it commercially is one of the biggest challenges. The technology for producing green or blue hydrogen using hydrogen fuel cell technology and carbon capture and storage (CCS) is quite expensive.

How can Hydrogen help India in becoming low-carbon economy?

•Whether hydrogen is burned to generate heat or used in a fuel cell, it aids in slowing down global warming, Industries such as fertilizer and refinery, iron, chemicals, steel, transport, and heat and power can utilize hydrogen as a ‘decarbonizing agent’.

•Hydrogen is the most abundant element found on Earth that can lead to a clean energy transition. It is found in complex molecules such as hydrocarbons or water. As an energy carrier, it can be produced, extracted, stored.

•Hydrogen usage will aid in achieving environmental goals under the Paris Agreement and reducing carbon emissions generated from the burning of fossil fuels.

•Hydrogen fuel unlike other combustion fuels produces only water as a byproduct. The World Energy Council (WEC) has noted that combusting one kilo of hydrogen released three times more energy than a kilo of gasoline and only water as a byproduct. Hydrogen fuel that converts the chemical energy of hydrogen and oxygen into electricity also produces water as the only waste product.

Commercial usage of hydrogen as a fuel in India

•India has been working on several pilot projects such as Green Hydrogen, Blue Hydrogen, Hydrogen CNG for introducing hydrogen for use in transportation and industries.

•18 per cent blend of Hydrogen with CNG (H-CNG) was declared as an automotive fuel in September 2020.

•As a part of the Hydrogen CNG pilot project, 50 buses in Delhi have been rolled out with blended hydrogen in Compressed Natural Gas (CNG).

•Two hydrogen refueling stations have also been set up, one at the National Institute of Solar Energy, Gurugram, and another at the Indian Oil R&D Centre, Faridabad.

•As per the World Energy Council (WEC), 96 per cent of hydrogen is produced from fossil fuels through carbon-intensive processes. Hydrogen is classified into three forms: Green, Grey, and Blue.

•Green Hydrogen: Green hydrogen is extracted through the electrolysis of clean energy sources such as renewables. This hydrogen type releases zero carbon (CO2) emissions but is expensive and commercially not viable yet. The government is working on projects to produce green hydrogen.

•Grey Hydrogen: Not an expensive type but releases a lot of CO2 emissions as it is extracted through the burning of fossil fuels.

•Blue Hydrogen: The CO2 released during the production of hydrogen is trapped through carbon capture and storage (CCS) processes to turn grey hydrogen into blue hydrogen.

•The Ministry of New and Renewable Energy is extending support for several projects being carried out in academic institutions, research and development (R&D) organizations research for developing and implementing hydrogen and fuel cells across the country. 14 RD&D projects for the hydrogen economy are currently being pursued.

•The Centre has committed Rs 800 crores between 2021 to 2024 towards pilot projects, R&D, and projects to bring down the cost of hydrogen production and push India towards a hydrogen future.