What kind of mother!: 3 year old son was being hindered in illicit relationship, mother and her lover gave the child poison mixed with milk, the child died during treatment 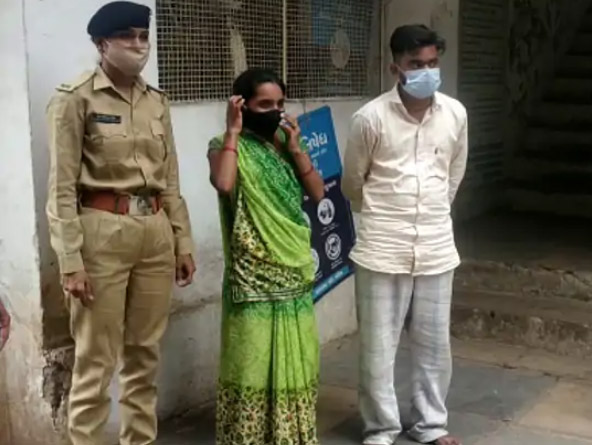 Mother and her lover in police custody.

A real mother put to death a piece of her own liver for an illicit relationship in the former expansion of the city of Ahmedabad. The mother took the 3-year-old son to the guest house to meet the lover, where she and her lover gave the child a poison mixed with milk. After this, the child was admitted to the hospital after fainting, where he died.

A family member had seen the mother carrying the child. Due to this, the father lodged a complaint with the city’s Kotda police station for the murder of his child. At the same time, in the investigation of the police, it was proved that the mother had given the poison of the child along with the lover.

Mixing poison in milk was given along with biscuits.
During police interrogation, lover Mukesh also confessed that he had already brought poison in the guest house. After this, mixing poison in the child’s milk was given to him along with biscuits. Not only this, when the child fainted, both of them celebrated rallies. After this, the mother had got the child admitted to the hospital, where he died on Wednesday during treatment.

was the only child
Ajay Parmar (26), the father of the deceased child, works in tailoring. He was married to a young woman named Jyoti of Bhagal village of Palanpur. The son was the only child of both. Ajay told that for some time he also suspected that Jyoti had an illicit relationship with someone, but did not know her lover. Police have arrested both the accused.