Will get rid of traffic problem: E-dedication of two railway overbridges prepared by spending 72 crores in the hands of Deputy Chief Minister Patel 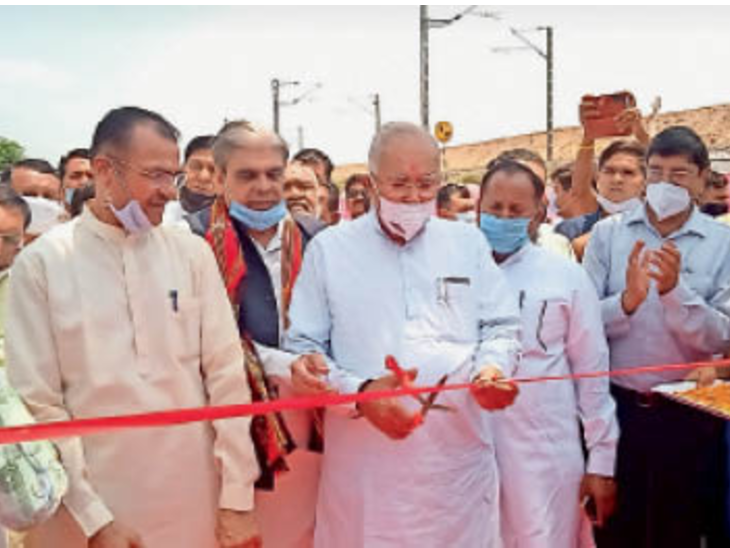 On Tuesday, Deputy Chief Minister Nitin Patel has opened both the overbridges by e-dedicating the Mansarovar Railway Overbridge and Dhanera Railway Overbridge in Palanpur, Banaskantha, due to which the drivers will be able to get relief from the traffic problems in these two cities. The Deputy Chief Minister inaugurated the 1395 meter long and 8.40 meter four-way Mansarovar railway overbridge at Palanpur at a cost of 41.53 crore and the newly constructed railway overbridge at a cost of 31 crores on the road entering Dhanera city from Gandhinagar.