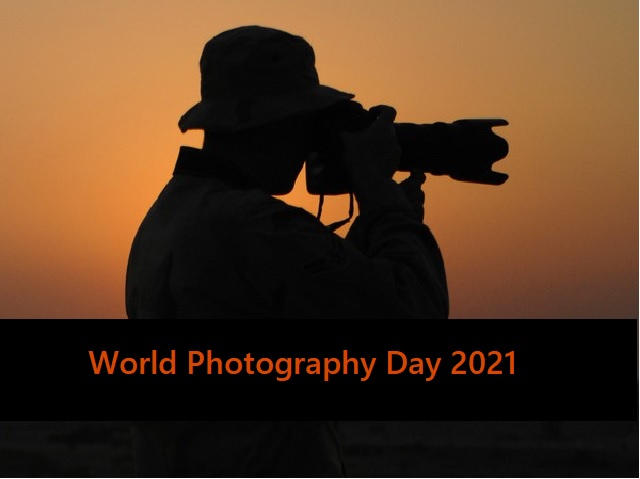 Photographers, like historians, also preserve moments for future generations to understand the past. World Photography Day 2021 is a day to celebrate creativity as well as to acknowledge the adverse situations that the photographers have to go through sometimes to capture the perfect shot.

In today’s world, Photography Day also takes a special place as clicking pictures have become a lot linear with everyone holding a camera. On World Photography Day 2021, let’s know a bit about this day’s history and the pictures that went viral in 2021.

World Photography Day was first celebrated in 1837 with the invention of the daguerreotype. It was the first successful photographic process developed by Frenchman Louis Daguerre in association with Joseph Nicephore Niepce.

Two years later, the French Academy of Sciences acknowledged the invention and called it ‘a gift to the world’.

The Government of France bought the patent of the daguerreotype and since then, photography has witnessed a number of key changes including the introduction of color photography in 1861.

World Photography Day 2021 is significant in many ways. In today’s world, where 9 to 5 job is a new norm, youngsters have been opting for photography as their new hobby or as a full-time profession and this day recognizes the opportunities.

World Photography Day acknowledges the creativity and the vision that a photographer puts while clicking the moments that even the words cannot capture.

World Photography Day also motivates the experts and the professionals to motivate the next generation to learn about this special art form and the ways in which they can explore their skills in photography.

The image of Olympic diver Tom Daley knitting went viral on social media. Shared on the Olympics Twitter page, the image was widely appreciated. Given the fact that the Olympics were held amid the pandemic when mental health had taken a toll, Daley described knitting as something which makes him feel calm and helps him to concentrate. He won gold in synchronized 10 m platform diving.

With the Taliban taking over Afghanistan, the people of the country started rushing to save themselves and their families from the horrific and barbaric rules of the militant group. After the images and videos of Afghans on Kabul airport trying to get on US airplane went viral, another image that was widely circulated on social medial was of 600 Afghans in the US plane showing the plight of the people living in the country. 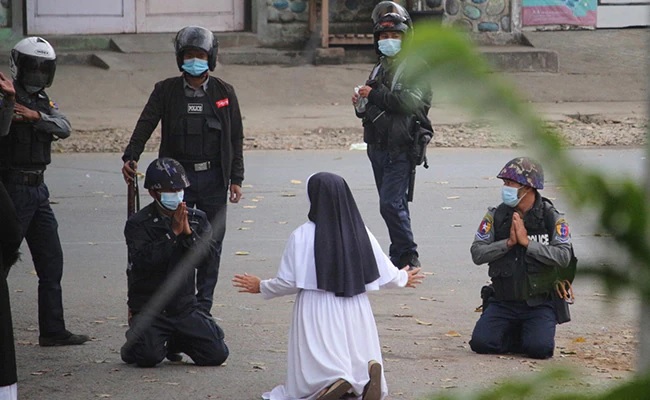 Earlier in 2021, when the military coup took place in Myanmar, replacing the democratically elected government, an image of sister Ann Rose Nu Twang went viral. She can be seen kneeling before a group of heavily armed police officers. She was begging them to spare the children and took her life instead.  The picture showed the hope of compassion and courage in the conflict zone.

The past few months were one of the worst ones that India witnessed. Losing loved ones and hearing the increasing number of deaths due to the COVID-19 pandemic almost became a norm. The horrific images of mass cremations taking place in Delhi as well as in other parts of the country went viral. These images were particularly in contrast with the official numbers of reported deaths that the Government was actually showing. 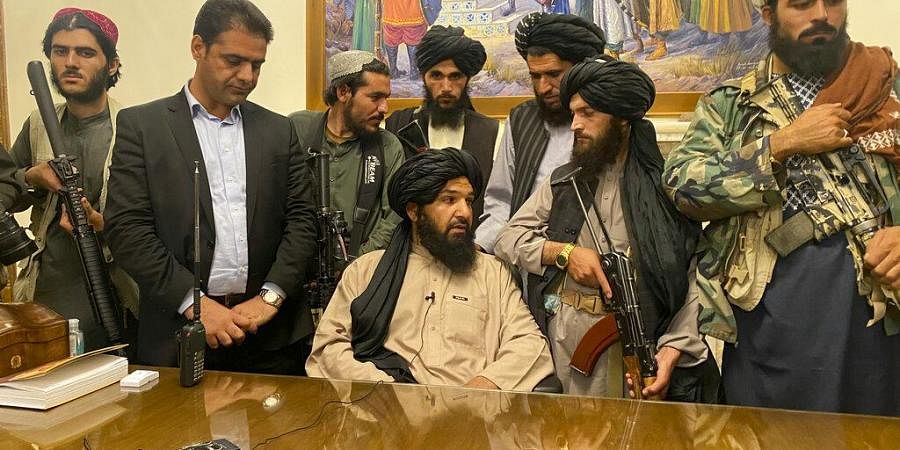 Afghanistan which has come under the control of militant Taliban is going to pose a new challenge for only to the middle east but also for the rest of the countries. Amid this, the picture which was widely circulated was that of the militants taking control of the Capital of Afghanistan, Kabul. Sitting in what seems to be an official place, the image shows the complete authority of the militant group.