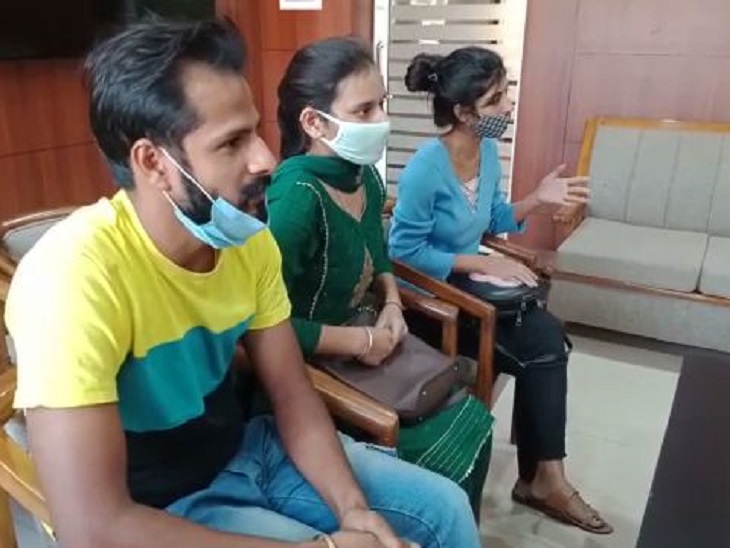 Students reached the SP with the complaint of fake certificate.

Cases of issuing fake certificates are continuously coming to the fore in Himachal. After the Manav Bharti University, after the fake certificate issued from Magadh University Bihar, now the students have made allegations of issuing fake certificates at the Air Hostess Training Center in Hamirpur. In this case, the students have submitted a complaint letter to the SP Hamirpur in this regard. In this case, SP Hamirpur Dr. Aakriti Sharma has entrusted the investigation to ASP Vijay Saklani.

Giving information about the matter to SP Hamirpur.

Fake diploma given by MD

1. Student Anurag says that the diploma given by Anmol Handa, MD of the institute is fake. Whatever their money has been spent should be returned to them.

2. Student Ruchi says that she is constantly getting mails from the main office of the institute that her course has not been completed. He has submitted a complaint against Anmol Handa to the SP. He did the course in the year 2017-18. Spent two lakh rupees. The student says that she has not received the certificate. Students who have been given certificates. They are constantly being told about not completing the course towards the head office.

Provisional certificates given to students

Anmol Handa, MD, Frankfinn Branch Hamirpur, says that provisional certificates have been given to these students so that they can get jobs in good companies. Diploma and degree are issued by the company, for this students have to complete the course. It is being said from the company that the students attend the class for a few hours, after which they will be issued certificates.

the matter will be investigated

In the case of SP Hamirpur Aakriti Sharma, some students have complained about fake certificates and diplomas. After receiving the complaint, the responsibility of investigating the matter has been entrusted to ASP Hamirpur. The matter will be investigated impartially.