Aryan’s 6 days will be full of troubles: Aryan will live with 250 prisoners in that ward where it is difficult to turn; Will have to bathe in the open and get food by standing in the queue 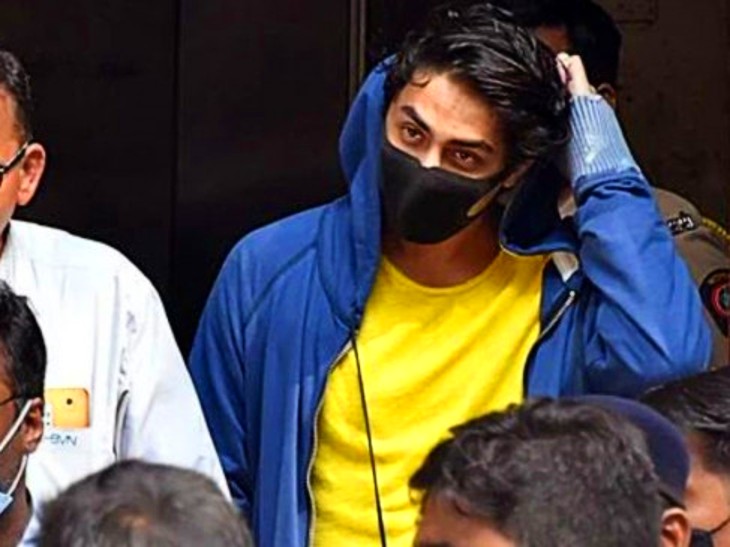 The ward where Aryan has been shifted has a capacity of 50 to 80 people, but in the present situation more than 300 prisoners are living together here.

Aryan, son of King Khan, accused in the Cruise Drugs Party case, will remain in Mumbai’s Arthur Road Jail till October 20. The Special NDPS Court of Mumbai reserved the verdict after hearing the matter on Thursday. After the end of the quarantine period today itself, Aryan has been shifted from Aamad ward to the general ward. Along with Aryan, five other people have also been shifted to the same ward. He is going to live a very painful life with more than 250 people for the next 6 days.

Have to live in a place where it is difficult to turn
Aryan’s trouble is going to increase after shifting from Amad Ward to General Ward. The ward where he has been shifted has a capacity of 50 to 80 people, but in the present situation, more than 300 prisoners are living together here. Arthur Road Jail Superintendent Nitin Vaychal has said that no special treatment is being given to Aryan. In such a situation, Aryan’s spending 6 days in such a place can be full of troubles, where it is difficult to even turn while sleeping. There is a temple in one corner of each barrack and the Quran is kept in the other corner.

Aryan was searched after taking off his clothes after going to jail
According to sources, on October 8, Aryan was searched after taking off his entire clothes along with his entry into the jail. All this exercise was done so that it could be ascertained whether the prisoner has hidden any drugs, knives, playing cards or any prohibited thing with him. After investigation, Aryan’s clothes were given back and then he was shifted to Aamad ward.

Aryan can watch TV for one hour a day
As per the jail rules, lunch is served to all the prisoners from 11.30 am to 12.30 am. There is a TV in all the barracks of the jail. Inmates and prisoners can listen to FM radio inside the prison. As per the rule, Aryan can also watch TV from 12 noon to 1.30 pm. After lunch, the prisoners are allowed to walk in the barracks for half an hour, but in the current situation you cannot even walk properly in the barracks without colliding with each other. In such a situation, Aryan will also have to spend 6 days in the same way.

This picture of Aryan is from when he was being taken to Arthur Road Jail in Mumbai.

Aryan will get only half an hour for a walk
The doors of the building open at 3 pm. A barrack has four doors and usually only one door is opened. There are four barracks in a building on Arthur Road. It’s tea time at 3.30. In this, the prisoner or prisoner can walk or sleep inside the building or in the corridor for half an hour. At 6 pm the gates of the building are closed and all the prisoners and prisoners return to their barracks. After that there is re-attendance. The dinner time starts from 7 pm onwards. This food is not served like a buffet, everyone is served a meal at once. Each time the prisoner takes 15 to 20 minutes in line. The prisoner in question can have food till 9.30. Aryan will also have to finish his meal by 9.30 pm. Aryan will be told a place to sleep at 9.30 pm. This place will change from time to time.

Aryan will have to take a bath in the open with other prisoners.
Between 4 and 6 pm, the prisoner is allowed to wash clothes or take a bath. The bathing area is open for the prisoners in the jail. There is a cemented small pond, which is filled with water and every prisoner has to take bath and wash clothes with this water. The water is clean in the morning, but once people start taking bath, it gradually becomes dirty. If Aryan also could not take bath at the right time, then he would have to take a bath with dirty water. Prisoners and prisoners have to take a quick bath, because the crowd is huge.

You will get to take bath and wash clothes on your turn.
Apart from this, small tanks have been installed in the bathing places, in which water comes between 7 to 10 in the morning and 4 to 6 in the evening. Their number is also limited and each prisoner has to wait for his turn. According to the jail superintendent, Aryan is not being given any special treatment, so he will also have to go here according to his turn.