Bappa’s great devotee: A devotee in Pune offered a 10 kg gold crown to Dagdusheth confectioner Ganpati, the price is about 6 crores; The donor did not reveal his name 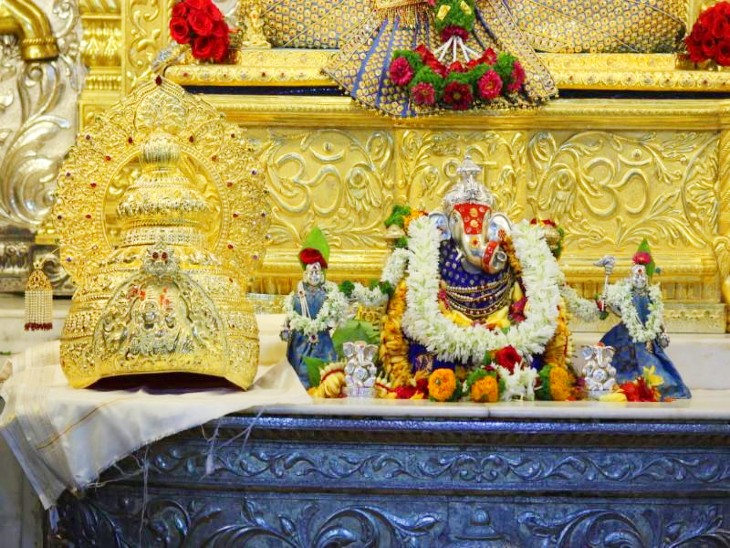 This crown will be shown to the devotees online for 10 days. The donor is an industrialist from Pune and often comes here for darshan.

The 10-day long Ganeshotsav is going on across Maharashtra including Pune. Meanwhile, to show his faith in Bappa, a devotee from Pune has offered a crown made of 10 kg gold to Shrimant Dagdusheth Halwai Ganpati. The cost of this crown is said to be around Rs 6 crore. Apart from gold, precious rubies are also embedded in it.

Apart from gold, precious rubies are also embedded in it. It took about 2 months to build it.

Dani does not want to make the name public

Mahesh Suryavanshi, trustee of Dagdusheth Halwai Ganpati Mandal, told that this crown has been given by a Pune industrialist as a secret donation. They do not want to make their names public. He and his family often visit Shrimant’s court for darshan.

There is a picture of Shankar and Parvati on the crown.

80 lakh rupees given to the artisans who made the crown

Very beautiful workmanship has been done on this crown. The image of Lord Shankar and Mother Parvati is inscribed in the crown. The temple trustee has refused to give information other than the weight of the crown. According to the present, the cost of gold and rubies in it is about Rs 5 crore. The remuneration for preparing its design is being said to be around 80 lakhs.

A huge crowd gathers at the Shrimant Dagdusheth Ganapati Temple in Pune during Ganeshotsav. However, this time only the priests and trustees of the temple have been allowed in view of the danger of corona infection.