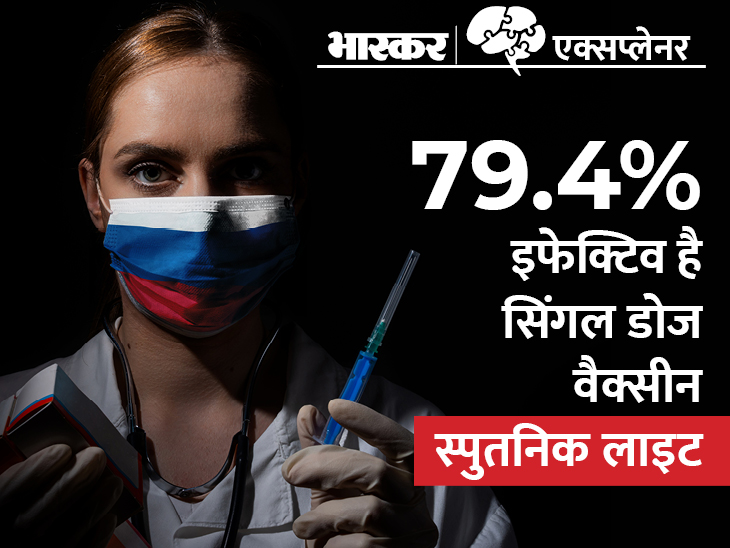 The Subject Expert Committee (SEC) of the Drugs Controller General of India (DCGI) has approved the Phase-3 bridging trials of Sputnik Lite, a single-dose COVID-19 vaccine. These trials can be completed in a couple of months, which is expected to allow the installation of Sputnik lights in October. This vaccine will initially be available in limited quantities. Its price will be Rs 750.

The Central Drugs Standard Control Organization (CDSCO) has said that Dr Reddy’s Laboratory, Hyderabad, a partner of the Russian Direct Investment Fund (RDIF), had sought permission for Phase-3 trials of the vaccine. The company has submitted safety, immunogenicity and efficacy data regarding the vaccine. After this, the SEC has allowed him to conduct bridging trials.

Earlier, the government had given emergency approval to the Russian vaccine Sputnik V on 12 April. This vaccine is being implemented in more than 65 countries including India. In India, it was introduced to the general public through private hospitals in May.

Let us know what is the difference between Sputnik V and Sputnik Lite? How effective is it compared to other vaccines available in the country?

What is Sputnik Light?

What are the benefits of Sputnik Light?

How different is Sputnik Light from Sputnik V?

How different is Sputnik Light from CoveShield and Covaxin?