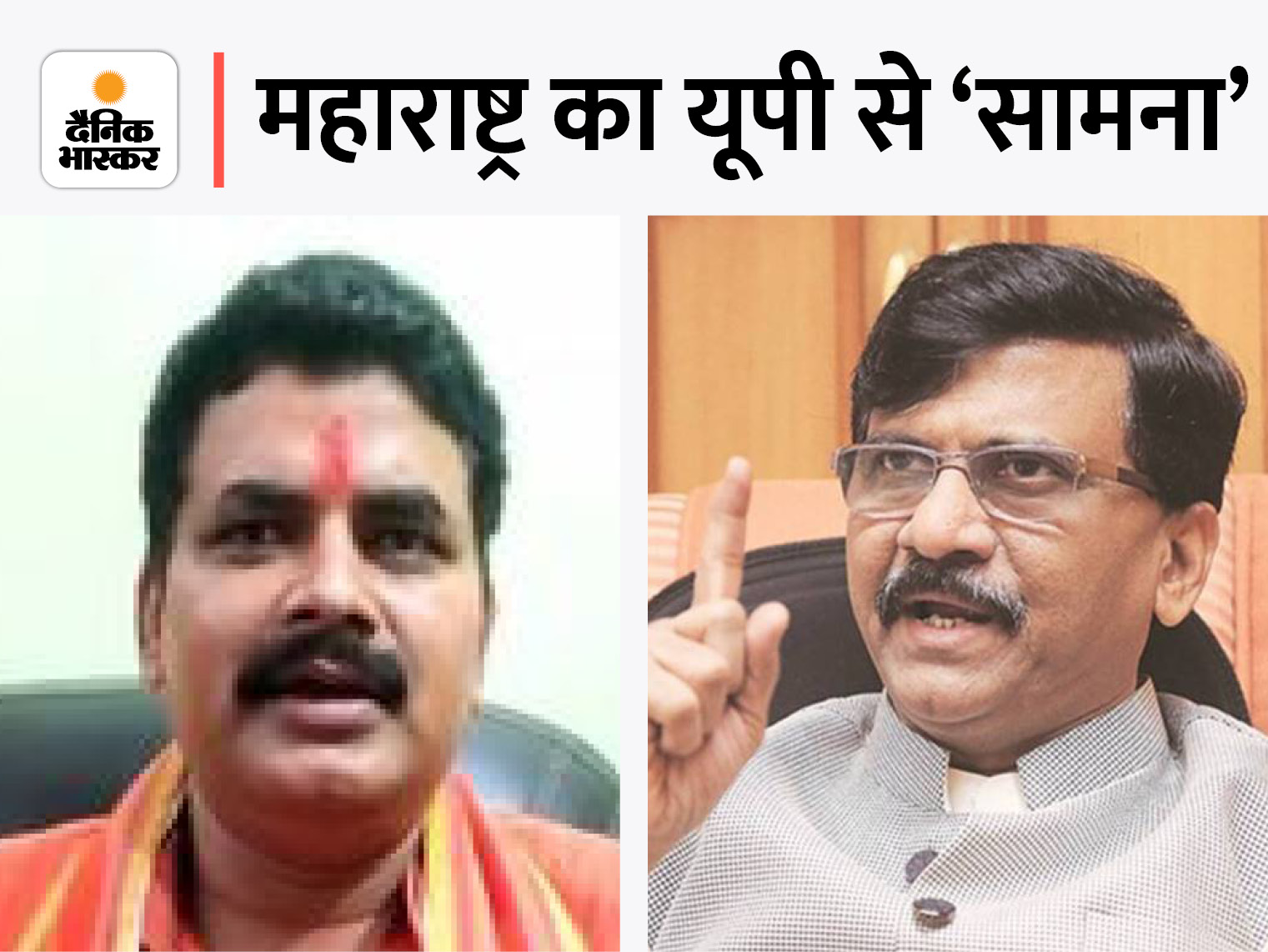 On September 10, after a woman was raped in Mumbai’s Sakinaka area, her private part was damaged with an iron rod. The woman had died during treatment. On September 12, the accused Amit Chauhan, a resident of Jaunpur, UP, was arrested by the police. Shiv Sena mouthpiece Saamana on Monday called it a crime on the ‘Jaunpur pattern’. Politics has started between BJP and Shiv Sena on this.

After this article published in Saamana, BJP MLA from Badlapur seat of Jaunpur in Uttar Pradesh, Ramesh Mishra has accused Shiv Sena of doing petty politics. Here, the father of the accused says that he has nothing to do with the son. He should be punished for what he did.

The Mumbai rape case has been described as a ‘Jaunpur pattern’ in an editorial published on Monday in the Shiv Sena mouthpiece ‘Saamana’.

Mumbai rape case accused from Jaunpur in UP
Mohan Chauhan was arrested in Mumbai’s Sakinaka area for raping a woman inside an auto and fatally assaulting her. Mohan hails from Jaunpur district of Uttar Pradesh. After this Shiv Sena had written that if the Sakinaka case is investigated in depth, then it will be known how much mess the ‘Jaunpur pattern’ has created in Mumbai.

BJP MLA said – do not defame the entire area
BJP MLA Ramesh Mishra said that his condolences are with the family of the victim. The accused should get the harshest punishment. But the kind of talk written in the mouthpiece of Shiv Sena, Saamana, is showing their petty politics. He said that it is condemnable to defame the entire district on the basis of the district of the accused. Most of the IAS and IPS also come out from Jaunpur.

Mumbai rape case accused Mohan Chauhan is a resident of Jaunpur in UP.

Shivsena government hiding its failure
Attacking Shiv Sena, BJP MLA Ramesh Mishra said that the Maharashtra government is hiding its failure. He said that it is a matter of great pain that Balasaheb Thackeray raised the flag of Hindutva, but his son has started doing petty politics to please Muslim voters. He said that many people of Jaunpur have contributed in the development of Mumbai.

Mishra said that many industrialists living in Jaunpur have extended their hands in the development of Navi Mumbai. Kripashankar Singh, a native of Jaunpur, has also been the Minister of State for Home in the Government of Maharashtra. Those who are making such a statement may not know about Jaunpur.

The father of the accused said – I do not care
The ancestral residence of Mumbai rape case accused Mohan Chauhan is in Rarikala village of Badlapur police station area. The condition of the house is very bad. Her father Katwaru lives alone in a dilapidated house. He said that he has nothing to do with Mohan. The wife had left home 20 years ago. The unworthy son has drowned not only the name of the village but also the name of the entire Jaunpur. The government should punish him whatever he wants.

son ran to kill a year ago
The father of the accused, Katwaru, told that he has two sons. The eldest son Madan is extremely Sharif, while the younger son is Mohan Nikkma. Last year Mohan had come home. As soon as he came home, he started selling wheat and straw. When they refused, he tried to kill them. The villagers saved his life.

Villagers said – Mohan was not of good nature
After the name surfaced in the Mumbai rape case, it was the villagers who informed the father about it. Whenever the people of the media asked anyone the address of Mohan’s house, the villagers would have refused. Somehow the situation became clear after the accused reached the house. Villagers told that Mohan’s nature was not good. He is also addicted to drinking alcohol.