Chetna Bragta expelled from BJP for 6 years: Party took action for not withdrawing nomination, got apple symbol; Said – expelled from the party … how will you be able to remove Kamal from the heart 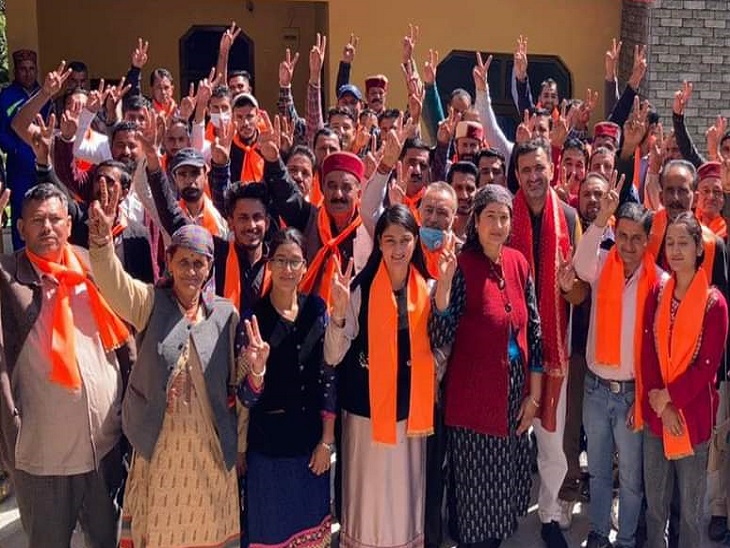 Chetan Bragata, son of Narendra Bragta, a former MLA of Jubbal-Kotkhai, who rebelled against the BJP, was expelled by the party for six years. October 13 was the last date for withdrawal of nominations for the by-elections to be held in the state, but Chetan Bragta did not withdraw his nomination and was expelled by BJP for 6 years with immediate effect. The blame has fallen on him for contesting as an independent candidate against the party’s candidate Neelam Saraiq in the Jubbal-Kotkhai assembly constituency. Earlier, Chetan Bragta’s phone was also switched off throughout the day. He could not get in touch with anyone. Even from Delhi, top party leaders and office-bearers were constantly trying to contact him, but he could not talk to anyone.

At the same time, sources related to the party say that the BJP Mandal, which is campaigning in support of Chetan Bragta, can be expelled on Thursday. Now it remains to be seen whether the BJP does this or not, while on the other hand in Fatehpur, the leaders of the BJP are still opposing the party candidate here. It is worth mentioning that Chetan Bragta is running angry here since his ticket was cut. Because of this, he filed an independent nomination paper. Chetan Bragta is posted as the state convener of BJP IT cell, after getting angry due to ticket cut, Chetan Bragta decided to stand in the elections as an independent from Jubbal-Kotkhai seat.

Will the BJP be able to dissolve the Mandal Executive in Arki and Fatehpur?
The big question now is whether the BJP is now able to muster the courage to dissolve the Jubbal-Kotkhai and Fatehpur divisions, as both the divisions are openly opposing the party candidate here. In such a situation, it is now to be seen how the BJP brings these rebel leaders and office bearers on the line, but whatever happens, in these by-elections, the BJP will find it difficult to overcome its own rebel candidates.

After applying the second dose of the vaccine, appeal to the people to apply the vaccine.

Chetan Bragta’s ticket was cut due to familyism
Chetan Bragta had said during a public meeting in Gumma that he came to know at the end that his ticket had been cut, but when he talked to the top leaders and office bearers of the party about this, he was told that due to family dispute. His ticket was cut. To which he said that if it was so then why was he asked to land on the field 15 days after his father’s death. They were taken out as if a fly had been taken out of milk. Right now when he filed his nomination papers as an independent. Even then, the party’s top officials and leaders were continuously pressurizing him to withdraw the nomination, but despite that he did not listen to him and the BJP expelled him from the party with immediate effect for 6 years.