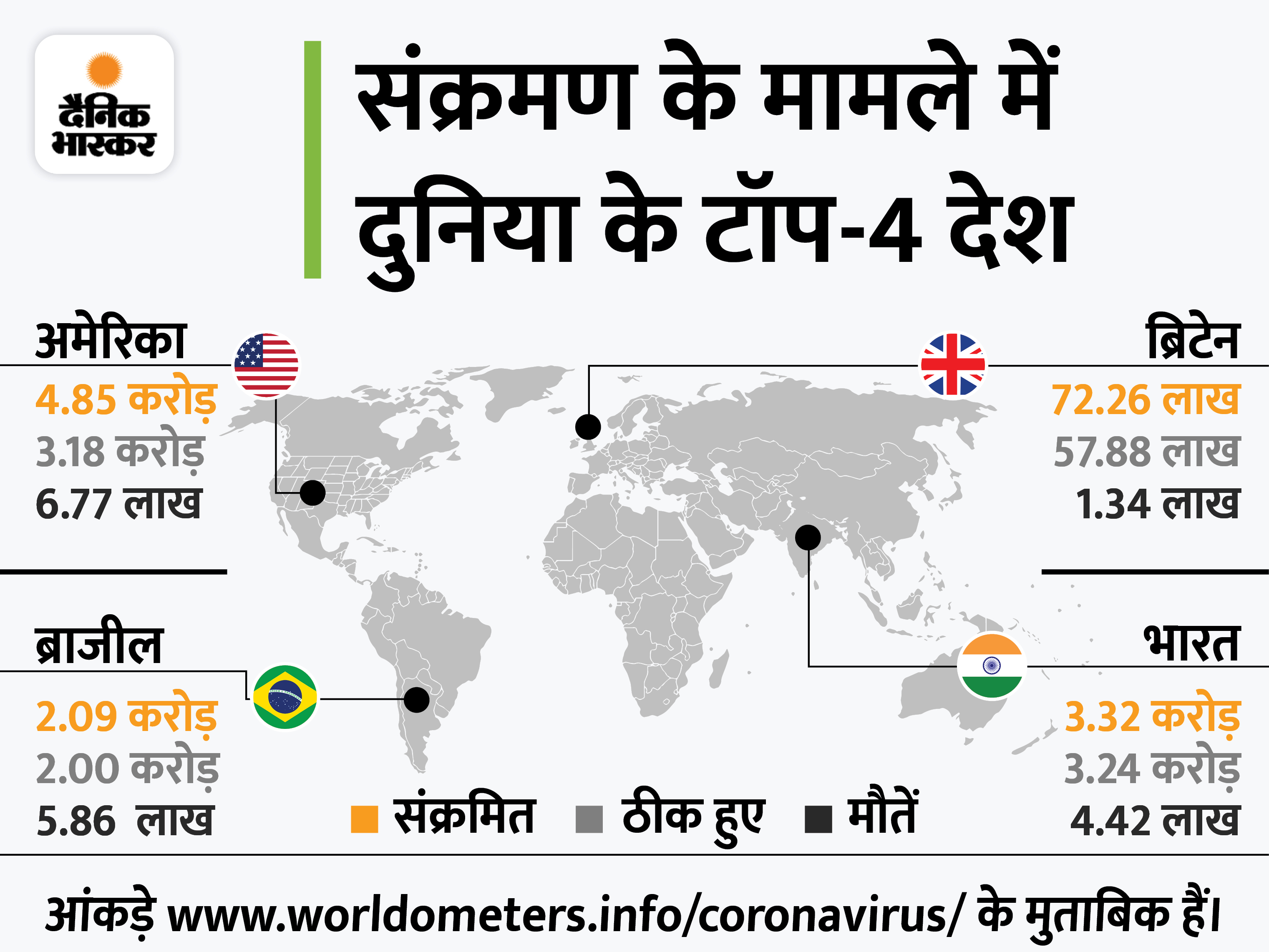 On Sunday, 3.73 lakh new cases of corona were reported in the world. 4.03 lakh infected people defeated the disease, while 5,913 patients died due to it. The highest number of 35,450 cases were registered in the US on the previous day. It was followed by India at number two with 31,374 cases. At the same time, Russia had the highest number of 788 deaths due to corona infection.

The southern province of Fujian in China is emerging as a new hotspot of Corona. China’s National Health Commission said in a statement – ​​20 new cases have been registered in Fujian, 19 in Putian and 1 in Quanzhou. With this, an asymptomatic (without symptoms) case has been converted into a confirmed case. On Sunday, 46 new cases of corona infection were registered in China. Overall, 95,199 people have been corona infected in China so far, out of which 4,636 people have died.

Concern in Europe due to rising cases in America
Due to the new restrictions of Corona, the doors of European countries are closing for American citizens. Actually, this summer, Europe opened its tourism here for American tourists. Now the European Union has recommended that in view of the rapidly increasing cases in America, non-essential travel of citizens there should be banned.

The union has also removed America’s name from its safe list. He has said that American citizens should not come here unnecessarily. After this news, European countries have increased travel restrictions. Bulgaria, Norway and Sweden have completely banned the entry of US citizens. Greece extends sanctions.

UK 12-15 year olds will get vaccines in school
In the UK, preparations have been made to vaccinate children aged 12 to 15 years. The government will announce the vaccination program this week. A proposal in this regard is expected to be ready by Tuesday. It is believed that the vaccination of children will start from September 22. The country’s health department has informed the schools about this, so that they can prepare for it.