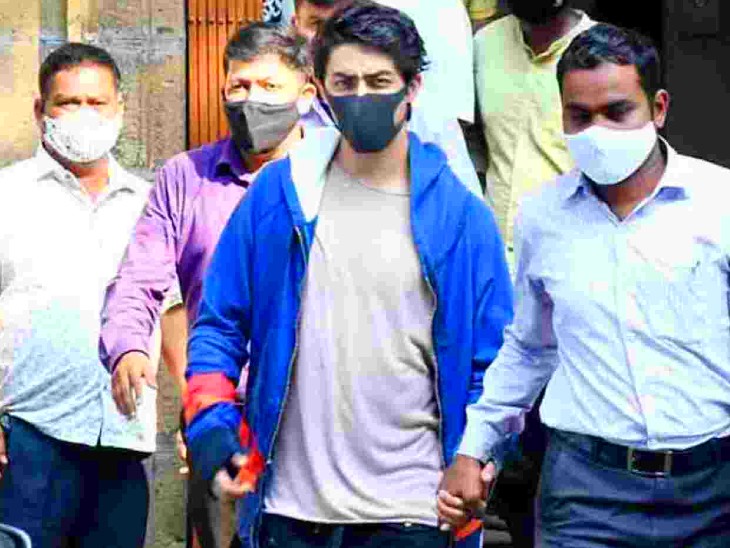 On Wednesday, the hearing in the Aryan case started at around 3 pm and continued till 6 pm.

Aryan Khan, son of actor Shahrukh Khan, who has been behind the bars for the last 7 days, will continue the debate on bail. The debate in this matter will start again around 12 noon. Earlier on Wednesday, during the debate on the bail application of the accused associated with the drug party on the cruise in the special court, the defense argued the sections imposed on the accused from the Panchnama of NCB to get Aryan Khan bail, while the NCB rejected the bail application. Opposed and defended his side. On Wednesday, the hearing in the Aryan case started at around 3 pm and continued till 6 pm.

Senior advocate Amit Desai appeared for Aryan Khan and Additional Solicitor General (ASG) Anil Singh appeared for NCB. The ASG said, “The role of one accused in the case cannot be separated from the other. NCB has sufficient material to show that Aryan was in contact with certain persons abroad, which appears to be part of an international drug network for illegal purchase of drugs.” Detected international relations that prima facie point to illegal drug purchases.

The ASG said Aryan is an influential person and there is a possibility of tampering with evidence or escaping justice if released on bail. The ASG had further said that Aryan and Arbaaz Merchant were caught at the International Cruise Green Mumbai, where they cannot enter without the MV Empress card. An investigation is necessary to ascertain all these aspects.

Aryan has a key role in this drugs case: NCB

It was told by the NCB in the court that Aryan and another accused had bought drugs from Arbaaz Merchant. NCB had placed some WhatsApp chats before the court. The NCB has claimed that its investigation has revealed that Aryan Khan had an important role in the drugs case. Their case cannot be treated as isolated, as all these persons were part of the rave party. Aryan Khan’s lawyer said in his argument in the court that Aryan Khan was not found with any kind of drugs.

Aryan was in touch with paddler: NCB
The NCB told the court that Aryan and Arbaaz were supplied by drug smugglers Achint Kumar and Shivraj Charas. To this Desai argued that NCB was repeatedly talking about drugs and cash, but nothing was found from Aryan. He said that neither charas, nor MD or any bullets or cash was confiscated from Aryan and NCB seized only six grams of charas from Arbaaz.

The bail application was rejected by the magistrate court
Aryan Khan was arrested on October 3 after a raid on a Goa-bound cruise ship and is currently in judicial custody. He is lodged in Arthur Road Jail in Mumbai. On 8 October, the Metropolitan Magistrate Court rejected Aryan’s bail plea. During the raid on cruise rave party by NCB, Aryan Khan and Arbaaz Merchant were arrested along with 8 people on 3rd October.

Lookout notice against Gosavi
Pune Police has issued a lookout notice against Kiran Gosavi, who was present at the time of action in the drug party case involving Aryan Khan on cruise. This action of the police has been taken on Gosavi in ​​a fraud case registered in the year 2018 at Faraskhana police station in Pune. It is alleged that Gosavi had duped a youth of 3 lakh rupees in the name of getting a job in Malaysia through a social networking site. Gosavi was on the run since the registration of the case. Last week, Aryan Khan was arrested by the NCB for having a drugs party on a Mumbai-Goa cruise. Gosavi was seen there at that time. A selfie was also taken with Aryan. Later that picture went viral on social media. After which Minorities Minister Nawab Malik had expressed doubts on this action of NCB.