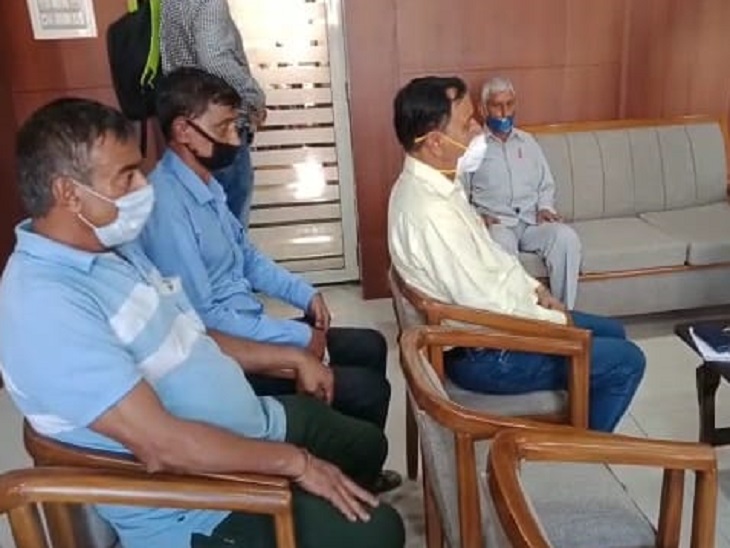 People reached the SP office with a complaint against the finance company.

In this regard, some people also submitted a complaint letter to SP Hamirpur. However, SP Hamirpur Dr. Aakriti Sharma has called people to the office again with the record. It is worth noting that it is not clear how much money has been spent so far in this embezzlement of crores of rupees. The police could not proceed with the action due to non-completion of the documents of the people who reached the SP office for complaint. There are allegations of embezzlement of crores of rupees in the case, so the police is also trying to handle the matter with caution. Action can be taken on behalf of the police only after there is a strong basis and facts in the complaint. At the same time, people say that people associated with the company’s management are trying to flee abroad. People have requested the police to stop these people from escaping abroad.

Hanging locks, phones are also not available in the company office.

The complainant person Anil says that he has invested about 14 lakhs in the company. The company’s office is also closed for two-three days and there is no communication. He said that the daughter was engaged so he wanted money, but now there is no contact with the owner and management of the company.

On the other hand, when SP Hamirpur Dr. Aakriti Sharma was talked about, he said that some people have met him. Complaints have been given on behalf of the people regarding the finance company, but after the documents are incomplete, they have been called once again to the office.