Indigenous vaccine to be global: Covaxin may get WHO approval this week; Can be exported all over the world, easy to travel abroad 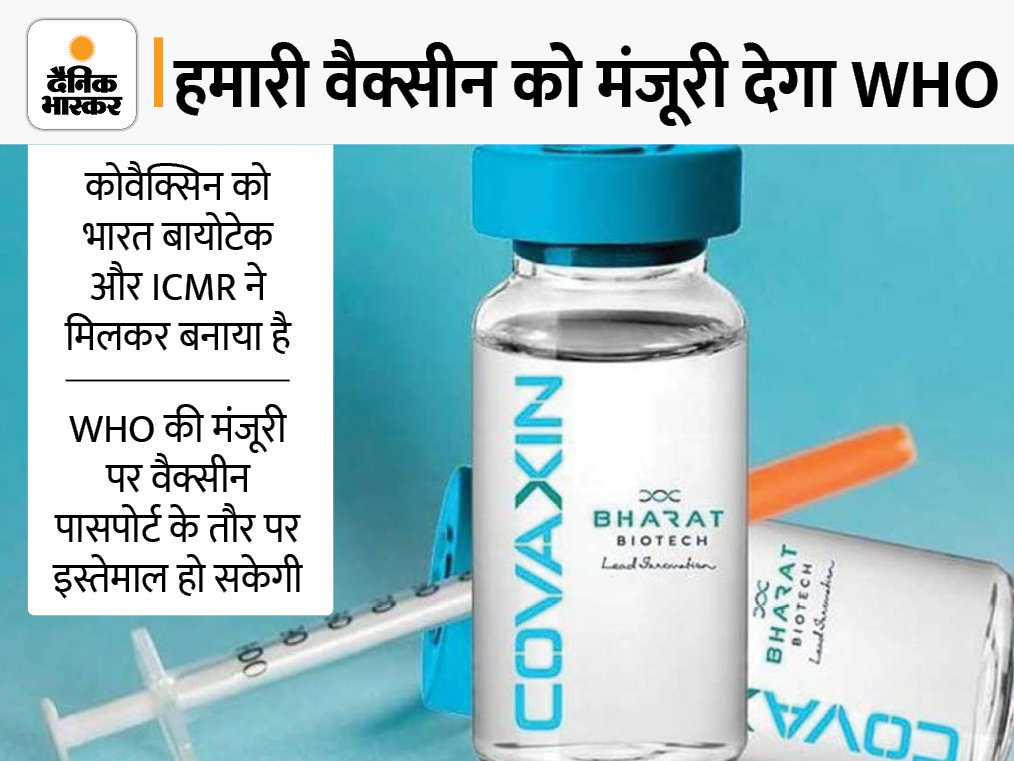 The World Health Organization may approve India’s indigenous corona vaccine Covaxin this week. It is produced by Hyderabad-based company Bharat Biotech. This will benefit people who have got Covaxin installed in many countries of the world including India.

Due to lack of WHO approval, people taking Covaxin were not able to travel abroad till now. Once approved, it can be used as a vaccine passport. The company will also be able to easily export the vaccine worldwide. Bharat Biotech had applied for approval to WHO-Geneva. Covaxin has been approved in 13 countries so far.

Prime Minister Narendra Modi had administered both the doses of Covaxin at Delhi AIIMS.

78% effective on infection
Covaxin has been jointly developed by Bharat Biotech and the Indian Council of Medical Research (ICMR). After Phase-3 clinical trials, the company claimed that the clinical efficacy of the vaccine is 78%. That is, it is 78% effective in preventing corona infection. The good thing is that none of those who were given this vaccine in the trials showed serious symptoms. That is, its effectiveness in preventing severe symptoms is 100%.

ICMR claims – Effective on all variants
ICMR claims that this vaccine is effective on all types of variants. That is, it has proved to be effective not only on UK, Brazil and South African variants but also on double mutant variants that have appeared in more than 10 states of India.

What is the significance of WHO’s emergency use approval?