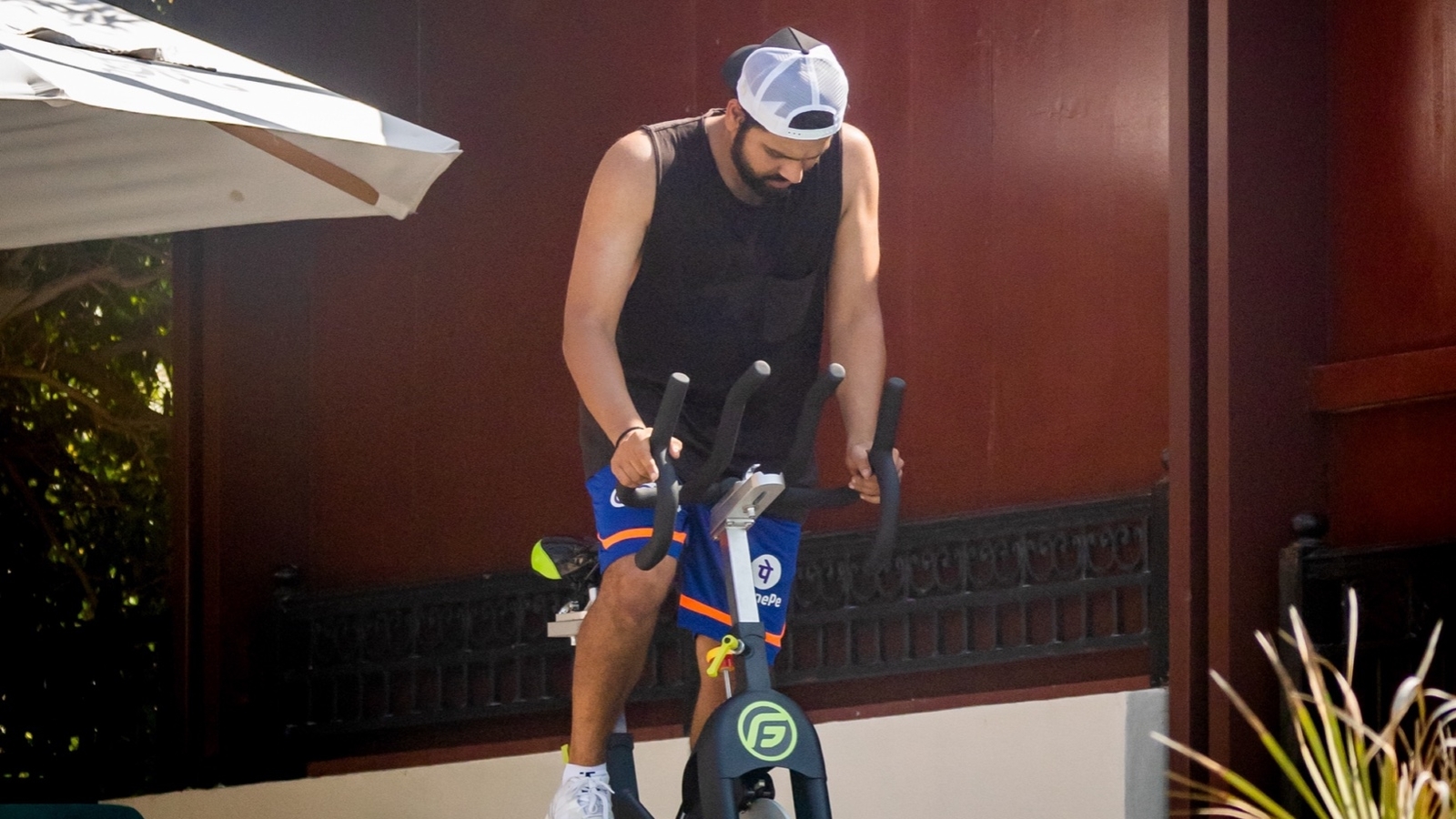 On Tuesday, Mumbai Indians’ official Twitter handle posted photos of Rohit sweating it out in quarantine.

Mumbai Indians (MI) skipper Rohit Sharma may be under six-day hard quarantine but he leaving no stone unturned to prepare for the upcoming clash against Chennai Super Kings (CSK) on Sunday in Dubai, which will mark the resumption of the Indian Premier League ( IPL) 2021.

The franchise had flown in skipper Rohit, Jasprit Bumrah and Suryakumar Yadav along with their families on a charter flight from Manchester to Abu Dhabi on Saturday morning, after the cancellation of the 5th Test between India and England. All three of them are now undergoing six days of quarantine after which they will link up with the rest of the squad.

On Tuesday, Mumbai Indians’ official Twitter handle posted photos of Rohit sweating it out in quarantine.

ALSO READ | ‘There have been no talks on split captaincy, let’s focus on the T20 World Cup’: Rajeev Shukla

Earlier on Friday, the 5th Test match between England and India was canceled in Manchester. The BCCI and ECB held several rounds of discussion to find a way to play the Test match, however, the outbreak of COVID-19 in the Indian team contingent forced the decision of calling off the game.

ALSO READ | ‘To take the field in that mental state is far from ideal’: Laxman explains why canceling the 5th Test was the ‘right call’

The 14th season of the IPL, which was postponed in May this year in the wake of the Covid-19 pandemic, will resume on September 19 in Dubai with a blockbuster clash between CSK and MI. MS Dhoni-led CSK are currently placed second in the points table with 10 points while Rohit’s MI hold the fourth position with 8 points.

Get our Daily News Capsule

Thank you for subscribing to our Daily News Capsule newsletter.