Juggling to improve the image in front of the President: New cracks lying on the submerged ridge were not filled, patchwork was done in the rest of the place 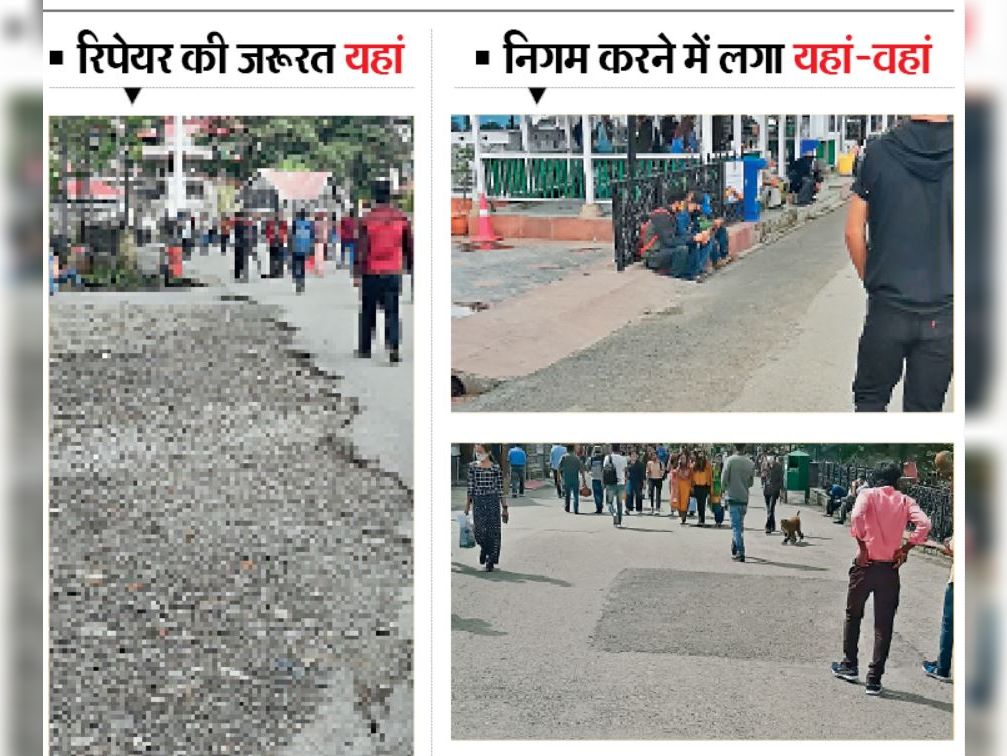 The President can also visit the Ridge ground during his visit, so if he sees the sunken ridge, it can bring shame to the city of Shimla. Since 2011, no concerted effort has been made to repair this sunken part. The condition of the ridge ground in the bureaucracy is such that neither metalling has been done on it nor is any work being done to fill the cracks.

Work has not progressed beyond paper for 10 years
The campaign to save the ridge has been going on for 10 years, but it seems to be limited to paper. This time till April 15, the PWD had talked about tendering, but on the pretext of Corona, they did not tender. Now when the tender was done, it was found that there is no forest clearance. It is the responsibility of the corporation to take forest clearance. But the corporation is also not serious about this, so far it has not been able to get the clearance from the forest.