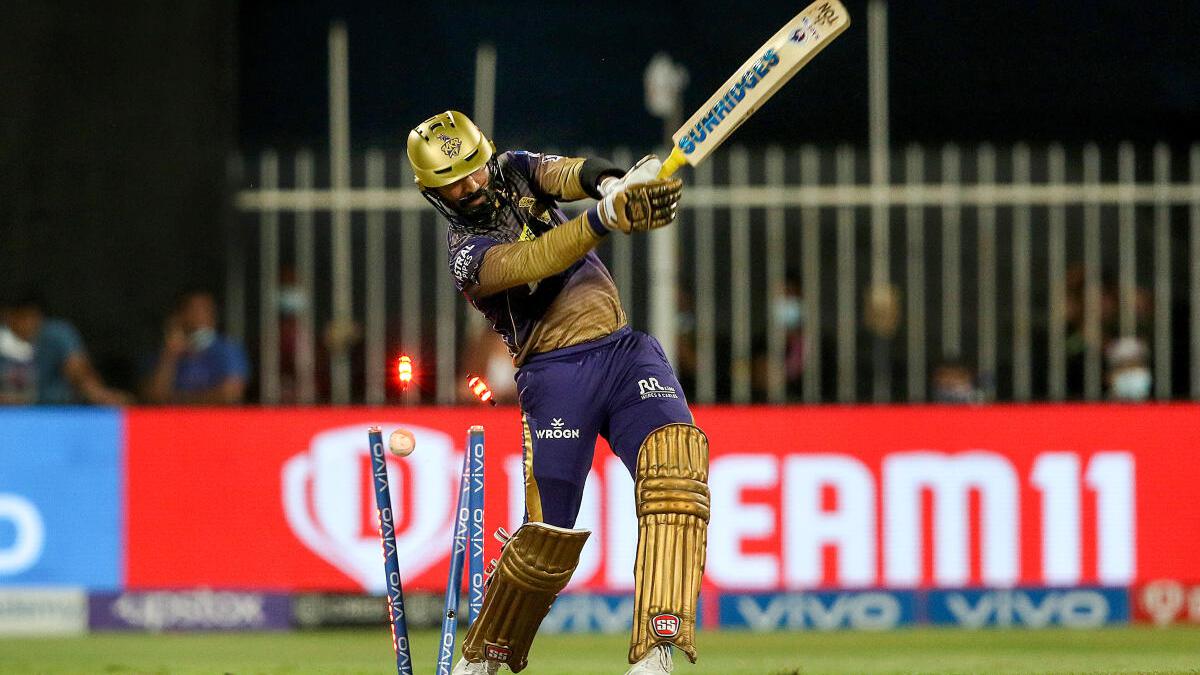 Kolkata-Knight Riders wicket-keeper batsman Dinesh Karthik has been reprimanded for breaching the Indian Premier League’s code of conduct during his team’s second Qualifier against Delhi Capitals, which it won by three wickets here.

The exact nature of the breach was not specified by the IPL but Karthik was seen dislodging a stump out of frustration after he was dismissed during the high-voltage game on Wednesday.

Karthik, on his part, admitted to a level one offense and also accepted the sanction.

“Dinesh Karthik, the Kolkata Knight Riders wicketkeeper-batsman, has been reprimanded for breaching the (IPL’s Code of Conduct during his team’s Qualifier 2 against Delhi Capitals at Sharjah on Wednesday 13th October,” a statement issued by the IPL stated here on late Wednesday night.

“Mr Karthik admitted to the Level 1 offense 2.2 of the IPL’s Code of Conduct and accepted the sanction. For Level 1 breaches of the Code of Conduct, the Match Referee’s decision is final and binding,” it added.

Rahul Tripathi smashed a six off the penultimate ball of the match as Kolkata Knight Riders beat Delhi Capitals by three wickets in the second IPL qualifier here on Wednesday to set up a title clash against Chennai Super Kings on Friday.