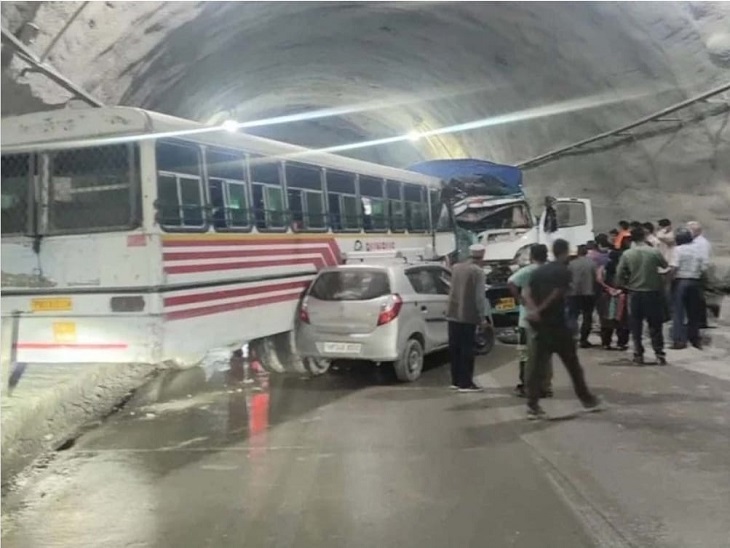 A collision occurred in the middle of the Otn Tunnel.

On the Chandigarh-Manali National Highway, a major accident took place in the middle of the auto tunnel in Mandi. One died, while 14 people, including the bus driver, were injured after a heavy collision between a Punjab Roadways bus and a truck here. After getting information about the accident, the police also reached the spot. After which the vehicles were removed from here and traffic was restored. At present, the police have registered a case and started investigation.

According to the information received, the Punjab Roadways bus was going towards Manali, while the truck was from Mandi side. Both the vehicles collided in the middle of the auto tunnel. The tunnel is about three kilometers long. In such a situation, there was a jam here after the accident. As soon as the police got the information about the accident, the police station in-charge under the leadership of Inspector Lalit Mahant immediately reached the spot and took the injured through ambulances and other vehicles to the Nagwain Hospital where treatment of all is going on.

The truck driver was killed in the accident, who has been identified as Ganesh Kushwaha son of Jamuna Pradesh, a resident of Kushwaha village in Jhunsi district of Uttar Pradesh. SP Shalini Agnihotri has confirmed the accident. He said that the investigation of the matter has been started by registering an accident related case.