Massive fire in Pune: Big Basket warehouse burnt down, fear of loss of crores; Took 5 hours to control the fire 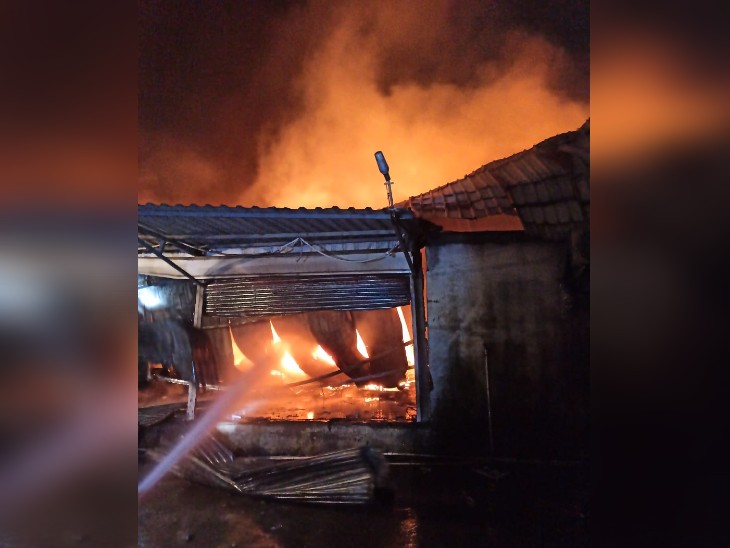 In this fire, there has been a loss of crores in the warehouse.

A massive fire broke out at the godown of online groceries ‘Big Basket’ in Pune’s Bavdhan Budruk on Monday midnight. The warehouse has suffered major damage in this fire.

There were not many people in the godown due to the fire in the night, so there was no loss of life. Crores of grains, vegetables and groceries have been burnt to ashes in this fire. Lakhs of rupees cash in the godown has also been destroyed in the fire. The cause of the fire is not yet clear, but a short circuit could be a major factor.

Cash worth lakhs has also been burnt to ashes due to the fire.

Fire was found under control after 5 hours
A total of 12 fire tenders from Pune Municipal Fire Brigade, Pimpri Chinchwad, PMRDA and MIDC were dispatched to douse the blaze. These vehicles took about 5 hours to control this fire. The fire was completely doused at 6 am on Monday.

There were not many people in the area due to the fire at night. Therefore, despite being a crowded area, fire brigade vehicles did not face any problem in reaching the spot.