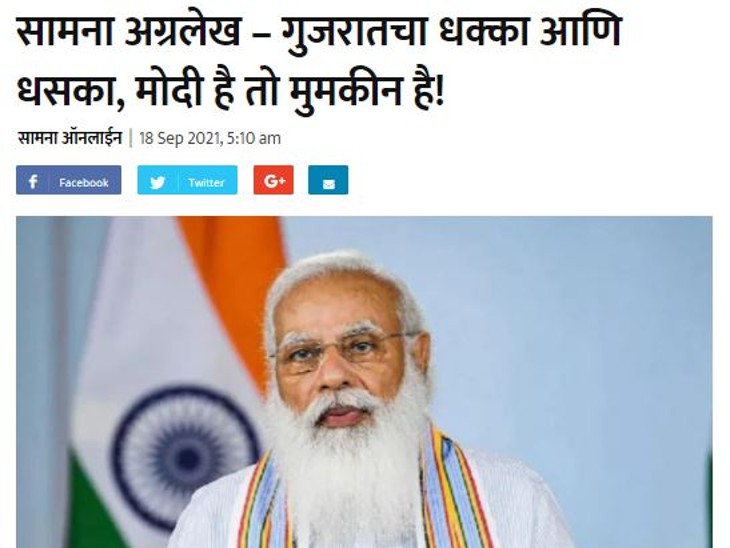 Shiv Sena mouthpiece Saamana on Saturday described Prime Minister Narendra Modi as the real face of the Bharatiya Janata Party. The article published in Saamana states that Modi has taken very bold steps in the last few days and he is preparing well for the 2024 Lok Sabha elections.

The article has targeted Union Home Minister Amit Shah. The article also blames Amit Shah for the BJP’s defeat in the Bengal elections and distance from its 25-year-old ally Shiv Sena.

What else is said in the article
Apart from Prime Minister Narendra Modi, there is no strong leader in BJP. Without Modi, many big faces of BJP cannot even win municipal elections. Ever since JP Nadda has been made the party president in the BJP, the period of change in the party is continuously going on.

Attacking Shah in the article, Raut has said that till a few days ago a campaign was being run that Amit Shah can win any election, but during his tenure, BJP lost a 25-year-old ally like Shiv Sena and BJP was defeated. Had to sit in opposition.

Hooligandi with uniform: An attempt was made to mount a car on a traffic constable for demanding a fine of Rs 400 in Pune, hung on the bonnet and drove it for 800 meters