Mumbai connection of terrorist module: Mumbai terrorist Sameer is a driver by profession, he was given the responsibility to collect weapons for the blasts 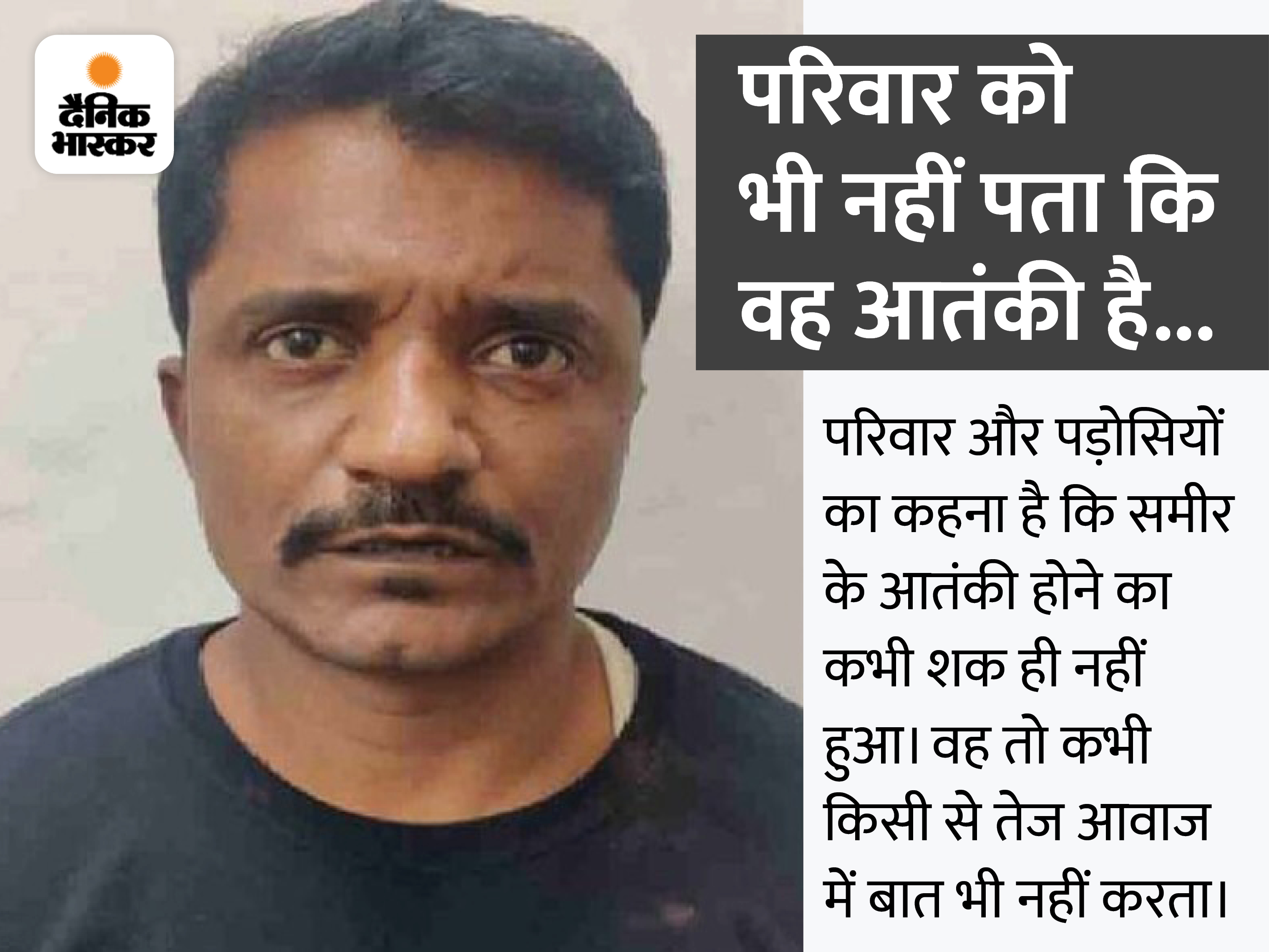 Hours after 6 terrorists linked to Pakistan’s ISI, who were part of a larger terror module, were arrested on Tuesday (September 14), the Mumbai Police interrogated the family members of underworld operative Jan Mohammad Sheikh alias Sameer Kalia. Sameer Kalia was missing from the house since September 12 and the matter of his arrest on 14 has come to the fore. According to the Delhi Crime Branch, Shaikh was arrested from Kota on a train from Mumbai to Delhi.

Still, Sameer’s wife and daughters are being interrogated at Dharavi police station in Mumbai. Maharashtra ATS team wants to know whether Sameer was in contact with some other people in Mumbai or some other areas of Maharashtra? According to sources, Sameer’s wife has told the police that she never suspected that Sameer was a terrorist. Neighbors and family are shocked after getting information about Sheikh being a terrorist by profession. They say that Sheikh is a ‘family man’ and has never even spoken to anyone in a loud voice.

Sameer’s family lives in a slum in Kalabakhar area on MG Road in Sion area of ​​Mumbai Central. He has two daughters. Along with the family, the police have also questioned their neighbors. Almost everyone expressed surprise at Sameer being a terrorist. In this case, raids have also been conducted in some other areas of Mumbai at night. However, the Mumbai Police has not told whether anything has been recovered from there.

No weapon was found near Jaan

Maharashtra ATS Chief Vineet Agarwal said that the team of Maharashtra ATS is going to Delhi to investigate the matter. Delhi Police has complete information about this matter. A case was registered against Jan Mohammad in Mumbai 20 years ago. We have got complete free hand from the Home Minister in this matter. We don’t have much to say. No weapon has been recovered from Jaan Mohammad. Whatever we do, we will do it with the help of Delhi Police. We don’t even have a copy of the FIR yet. We have spoken normally to his family and let them go. We have no idea what they were supposed to do and none of their operatives were here.

Sameer used to provide weapons
Dawood’s brother Anees Ibrahim had tasked Sameer to ensure the delivery of IEDs, arms and grenades to various entities in India. According to the investigating agency, Anees had planned to carry out murders and blasts in Delhi, UP, Maharashtra and other states of the country in the coming festive season.

After training in Pakistan, two terrorists were about to blast in Delhi
Of the total six arrested, Osama alias Sami and Zeeshan Qamar had trained in Pakistan. The Special Cell of Delhi Police said that they first went to Muscat by plane and then to Gwadar Port in Pakistan by sea. He was trained for 15 days in Pakistan to use weapons and make explosives, after which he returned to India by the same route. On his return to India, he was assigned the task of reiki at various places in Delhi and UP for planting IEDs.