Pratibha Singh apologizes on Kargil war statement: Said- BJP has distorted my statement, there is no intention to hurt anyone’s sentiments 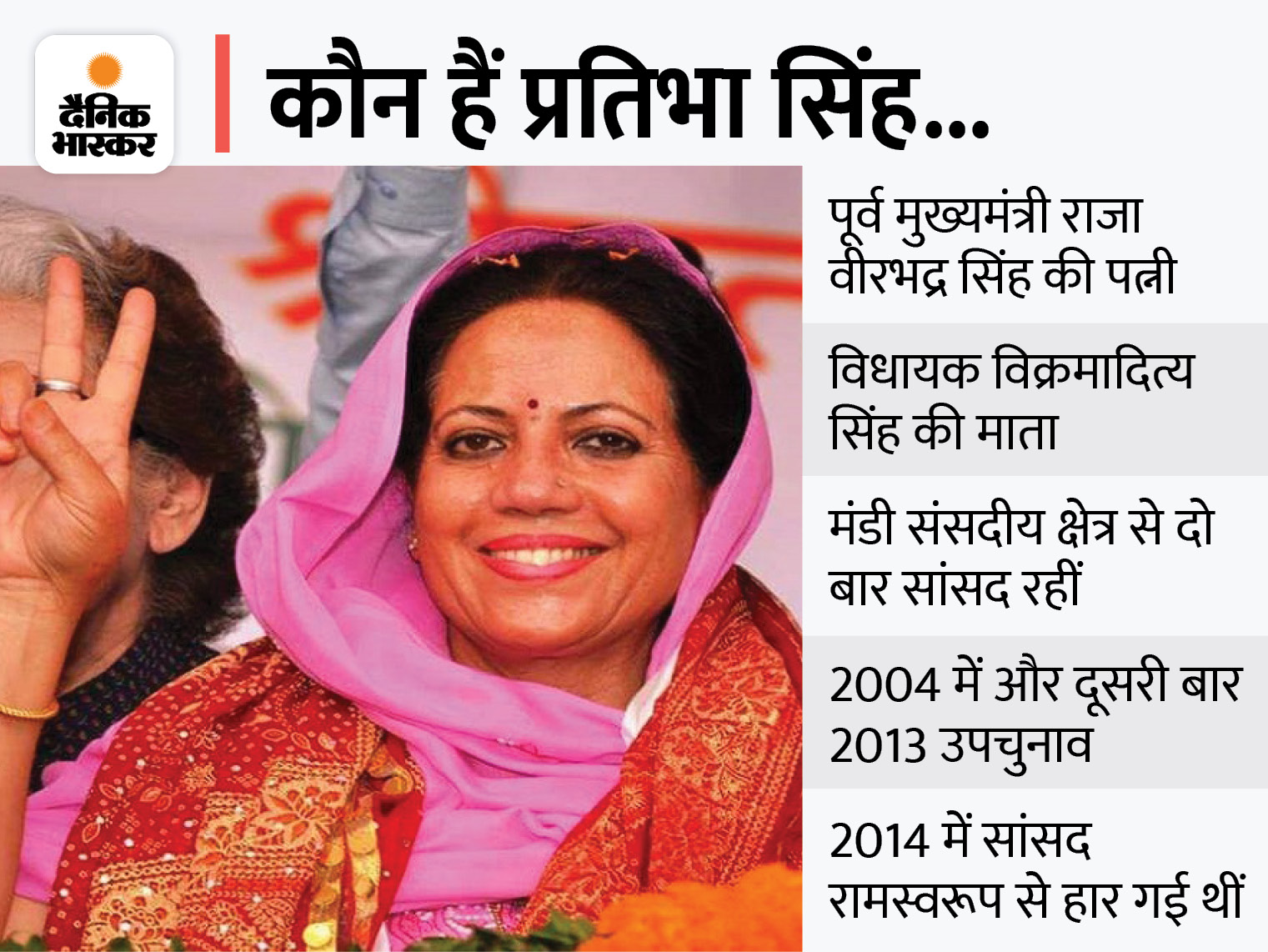 Congress candidate Pratibha Singh apologized for his statement regarding the Kargil war in the by-election to be held on the Mandi Lok Sabha seat of Himachal Pradesh. He said that if anyone’s sentiments have been hurt by his words, then he apologizes for it. Pratibha said that it is not her intention to hurt anyone’s sentiments, she and her family have full respect for every soldier of the country. BJP keeps doing politics on soldiers and ex-servicemen. He made his point about this, but the BJP presented it in a twisted manner. Pratibha Singh said that Virbhadra Singh, while being the Chief Minister, formed Sainik Welfare Board for ex-servicemen. The debt that the soldiers owe to the citizens of the country can never be repaid.

She said that she is seeking votes from the people about the work done by Virbhadra Singh. This will be a true tribute to Virbhadra Singh. Congress always fights elections on development issues, whereas BJP misleads the public by bringing some new issue or the other. BJP is silent on inflation and unemployment. The people of the country are suffering badly at this time. Whoever chooses the candidate from Mandi, the government will not be formed at the center or fall, but if the Congress candidate goes, then it will give a lesson to the BJP and their arbitrariness will be curbed.

Pratibha Singh during an election rally.

Wrong thing to do politics about ex-serviceman
Pratibha Singh said that no one can compete with what a soldier does for the country by staying in the army. We salute them for this. Will always keep respecting him. People who have retired from the army. It is wrong to drag them into politics and take advantage of them politically.

Controversial statement was given in Nandi village in Mandi’s Nachan
Pratibha Singh had said in a public meeting held two days ago at Nachan’s Nandi village in Mandi that the Kargil war was not a big war. Our land was occupied by Pakistanis. which were removed. If anyone participated in it, it was not a big deal. The Kargil war was a small battle. After this statement of his, the Congress started criticizing from everywhere. The BJP also got the issue sitting down, which it started using against the Congress. Congress was also getting a lot of damage from this, but now Congress candidate Pratibha Singh has tried to put an end to the issue by apologizing for his statement.