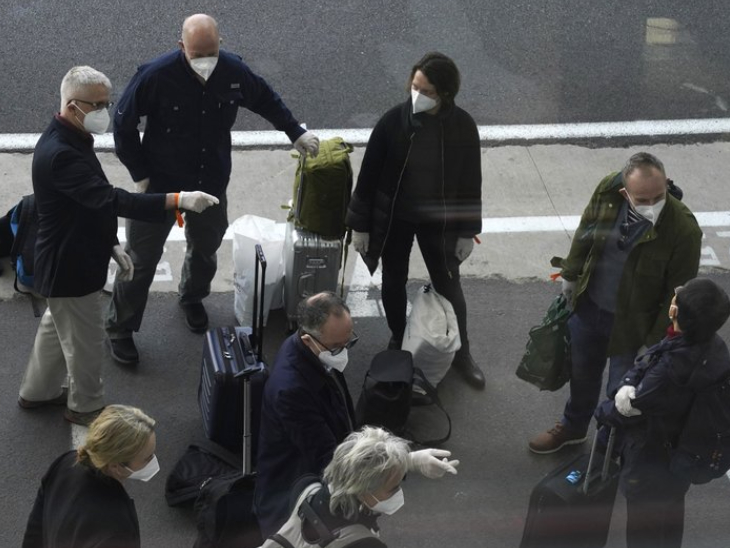 The first case of Kovid was found in December 2019 in Wuhan city of China. The WHO team also went to Wuhan in January to investigate. – File photo.

The World Health Organization (WHO) has formed a new advisory group of 26 experts to find out where and how the corona virus spread. This group will investigate the origin of Corona in China. Earlier this year, a team of WHO conducted an investigation in Wuhan city of China for 4 weeks, but could not reach any concrete result. That is why it has been asked from China that this time the data related to the initial cases should be made available. The WHO has also said that this may be the last attempt to find out the origin of the corona virus that has stopped the world.

Let us tell you that the first case of corona was reported in December 2019 in Wuhan city of China and it is feared that from there the virus has spread all over the world. However, China has been repeatedly saying that the claims of virus leaking from Wuhan’s lab are false and no further investigation is needed.

At the same time, the WHO team said in the report released in March this year after the first investigation, that the corona virus may have been transmitted from bats to humans through some other animal, but more research is still needed, because of the initial outbreak of the epidemic. Due to paucity of data for days, there was a problem in the investigation. In such a situation, the Wuhan lab should be audited.

Taking this series forward, WHO has formed a new expert group. WHO Chief Tedros Adhanom Grebreyesus said on Wednesday that out of 700 applications received from around the world, 26 experts have been selected keeping in mind their world-class experience. These are related to animal health, clinical medicine, virology and genomics.

WHO team to focus on 2019 data from Wuhan
Maria Wayne Kerkhove, the head of the WHO’s technical team on Corona, has expressed hope that China will help in the investigation. It has also been said that there is a need to pursue more than three dozen proposed studies to find out how the corona reached from animals to humans. Kerkhov says that the data from the antibody test conducted in the people of Wuhan in 2019 will be very important in tracing the origin of the corona.

WHO wants details of blood samples stored in Wuhan lab
In the editorial of a science journal, the WHO has already said that before December 2019, there is a need to investigate the suspected cases and confirmed cases of corona in China in detail. For this, from 2019 onwards, blood samples stored in Wuhan Lab and data of deaths in hospitals should be analyzed. It was also said that in the area of ​​​​Wuhan where the first case of corona was reported, the labs there should be investigated.

Corona in the world: Death toll is close to 5 million, more than 7 lakh deaths only in America; The biggest reason for the delta variant