Third wave will come in December: Health Minister of Maharashtra said – there will be no situation like second wave; Oxygen and ICU will not be needed 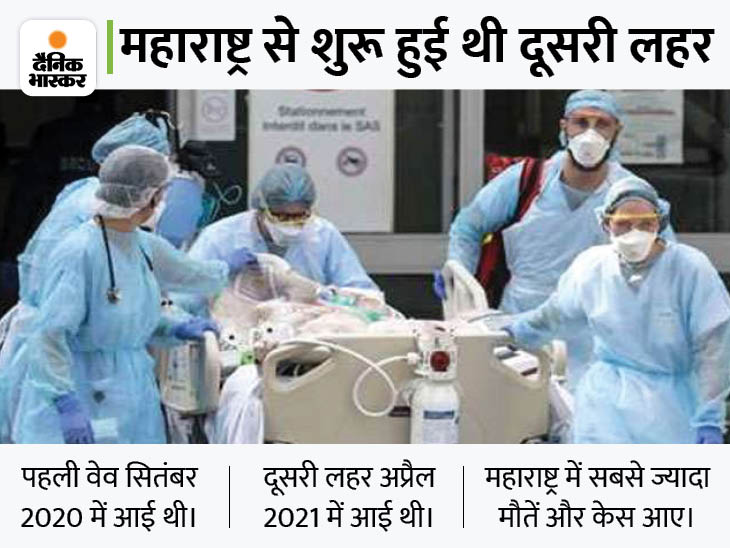 The third wave of corona epidemic in Maharashtra may come in December. This is to say of the State Health Minister Rajesh Tope. Tope claimed on Wednesday that the third wave will come in the state, but it will not be like the second wave.

According to Tope, the vaccination rate in the state is high and hence the third wave is expected to be mild. He further told that during the third wave there will be no need for medical oxygen and ICU beds.

At the same time, experts also claim that the waves come in their fixed frequency from time to time. The first wave came in September 2020. The second wave came in April 2021. Now the third wave is expected to arrive in December.

Active cases remained below 10 thousand for the third consecutive day
For the third consecutive day in Maharashtra, active cases remained below 10 thousand. Let us tell you that the second wave of Corona started from Maharashtra itself. According to the Health Department, 766 new corona patients have been found in Maharashtra in the last 24 hours, while 19 deaths have been reported.

Threat of third wave very less: Guleria
On the other hand, Delhi AIIMS director Randeep Guleria says that perhaps now the third wave of corona will not come in the country. He said that there is very little chance that the third wave of corona will come in the country like the first and second. He said that the way cases are declining, it is clear that people are being protected by the vaccine. At present, there is no need for a booster dose.

Even if it comes, it will not be as dangerous as the first second wave.
Dr. Guleria said that the way the pace of infection has stopped due to the effect of the vaccine and the pressure on hospitals has reduced, the fear of the third wave coming every day is ending. He said that even if it happens, it may not be as dangerous as the first and second waves. He said that with the passage of time this epidemic will turn into a disease.