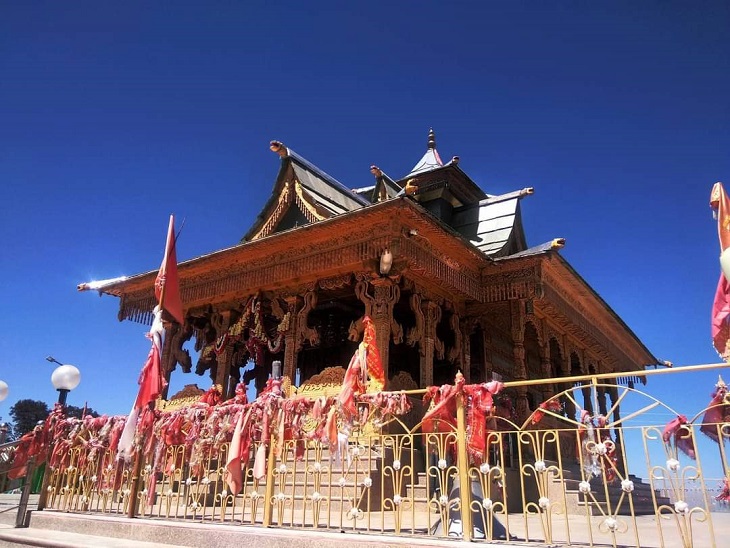 Tourists fired in the air near Hatu temple.

As soon as the tourist season started in Himachal Pradesh, the process of creating a ruckus of tourists also started. In the latest case, tourists fired in the air at Hatu Peak located in Narkanda of Shimla district. After the firing, the tourists also threatened the priest of the temple. The police have started investigation after registering a case on the statement of Pujari. DSP Headquarter Shimla Kamal Verma has confirmed the incident. The tourists had fired for fun. According to the information, 2 tourists have been caught on the complaint of the temple committee. One of the accused is the operator of a private school and the other is the security in-charge of the school. A pistol, a gun and 12 rounds of bullets have also been recovered from them. The incident took place on the day of Durga Ashtami when special poojas were held in the temple. In the statement given to the police, it has been told that when the priest of the temple had gone to the toilet, suddenly the tourists opened fire there. When the priest stopped him from doing so, the tourists grabbed the priest by the neck and shoulder and threatened to push him into the ditch. The priest somehow saved his life and ran inside the temple and informed the members of the temple committee.

Haryana tourists firing in the air.

Tourists did 2 aerial firing
The members of the committee told the police that the tourists fired two aerial shots. Due to which panic spread among the people. After the incident, the committee members put the vehicles on the road so that the accused could not run away. 8 tourists from Haryana reached the temple in two trains. The accused tourists have been identified as Abhishek Kumar resident of village Asalwas Marhatha, district Bhiwani, Haryana and Kuldeep Singh village of Gothla, Tehsil Loharu, district Bhiwani, Haryana. Both have been arrested. Licensed weapons have been recovered from them.