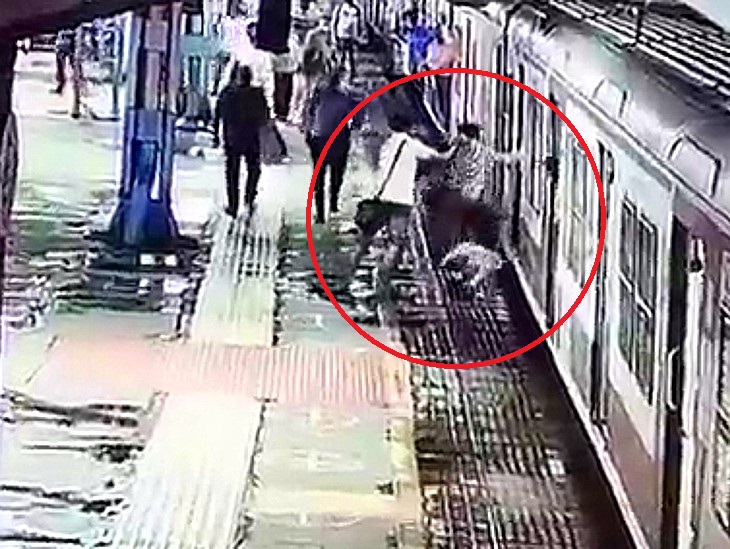 The man was caught on camera trying to escape from the spot after the robbery.

GRP jawans foiled an attempt to rob a moving local train in Mumbai. The GRP has also arrested a person in this case. He was trying to escape by snatching a mobile phone in a moving train. Meanwhile, two GRP personnel posted in the train caught him with the help of a passenger. The arrest of the robber by the GRP has been captured in the CCTV camera installed at Bhayandar station.

The accused was caught while trying to escape
The incident took place in a local train that left Virar for Churchgate around 4 am on September 11. Due to the Kovid guidelines, there was not much crowd in the train, yet the accused was trying to escape by snatching the mobile phone of a person and jumping off the train. Two wallets have also been recovered from the arrested youth. This purse is also believed to be stolen and the accused had blown it out of the pockets of two other passengers.