Rain brought relief from humidity in Shimla: Weather will remain bad on August 15, yellow alert issued, Keylong was the coldest in Himachal with a temperature of 11.6 degree 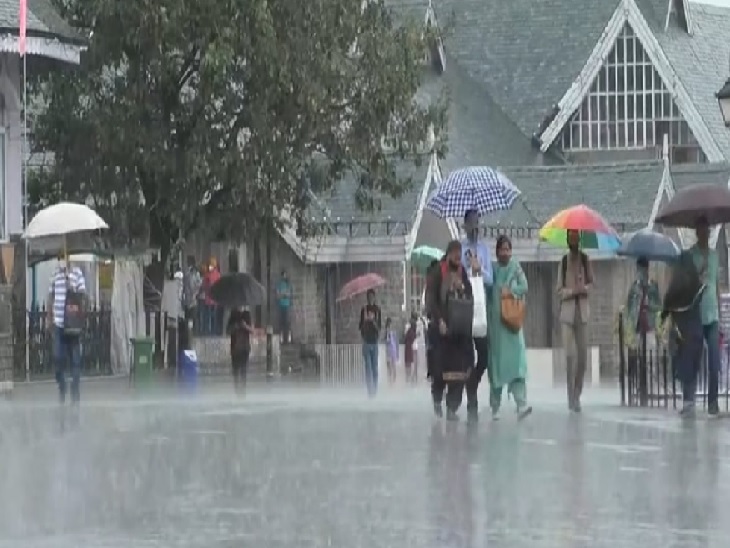 People pass through Mall Road amid rain in Shimla.

In Himachal, suddenly the weather turned bad in the afternoon and the rainy season started. It started raining in the capital Shimla after 3 pm. People have also got some respite from the sultry heat. At the same time, a yellow alert has been issued by the Meteorological Center Shimla for August 14. Whereas on 15th August also the weather is said to be bad. Let us inform that Keylong has been the coldest in Himachal. The temperature here has been recorded at 11.6 degrees. Whereas they have been the hottest, the temperature here has been 36 degrees.

Light rain started in other districts including Solan district. During the last 24 hours, many parts of Himachal have received rain. Of this, Kasauli received 92 cm, Gohar 90, Nahan 67, Pawta 51, Palampur 30, Naina Devi 11, Kufri and Rampur eight 8 cm.