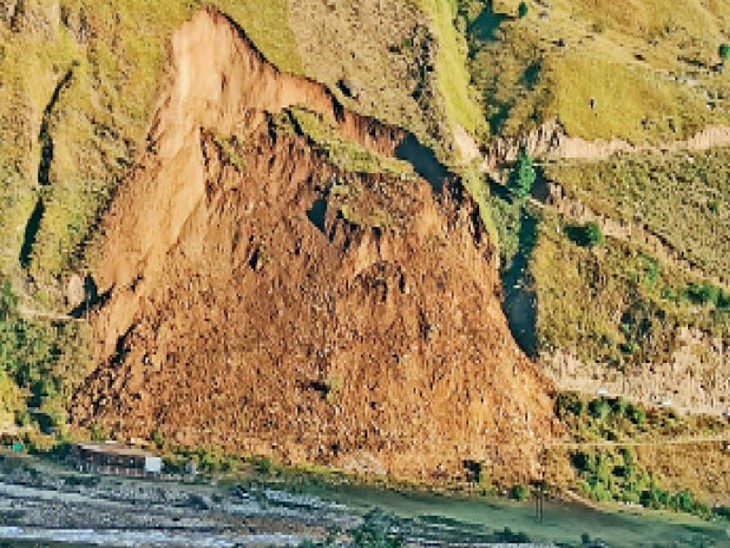 The road has been closed due to the cracking of the mountain in Lambakhatal.

On Rohru Chidgaon road, about two kilometers from the market, the main road has been closed due to the crossing of the mountain near Lambakhtal. According to locals, the incident happened around 4 am. Fortunately, had this incident not happened around 8 am, there could have been a major accident of life and property. After 8 in the morning, the movement of vehicles on Rohru Chirgaon main road increases a lot.

Due to the blockade of the road, now the commuters coming and going towards Rohru and Chirgaon have to come via Badiyara bridge, Via Kaloti and Dhumadhar. At the same time, from the local administration, people have been instructed to stop the vehicles coming from Chidgaon towards Rohru from Badiyara to Baya Kaloti via Samoli bridge.

This road, used as an alternative, is narrow, neglecting the main road, as well as this route has also become very long. Due to the narrowing and increasing vehicular movement, this road has started getting jammed, due to which people have to face a lot of trouble. As soon as the information about the incident was received, the team of local administration and Public Works Department inspected the spot and started work.

The debris has fallen so much that it will take the department more than a week to clear it and till then the road will remain closed for vehicular movement. However, Focallane, JCB and Tippers have been installed on both sides by the department.

This hill has cracked many times before

According to the Public Works Department, this is not the first time, even before this there have been incidents of mountain cracking at this place. In 1974, due to the cracking of even more mountains, debris fell here, which took the department more than a month to remove. Even after that it has cracked many times.

According to the department, there is a straight mountain above 100 feet at this place, on which it is not possible to give protection even from the cratewall. Lonivi Rohru Executive Engineer Pawan Garg said that Poklane, JCB and Tippers have been installed from both sides to remove the debris on the road. The road is expected to be restored within a week.