Big decision of Uddhav cabinet: Board of names of all shops in the state will now be in Marathi, property tax will be waived for 500 sq ft houses in Mumbai 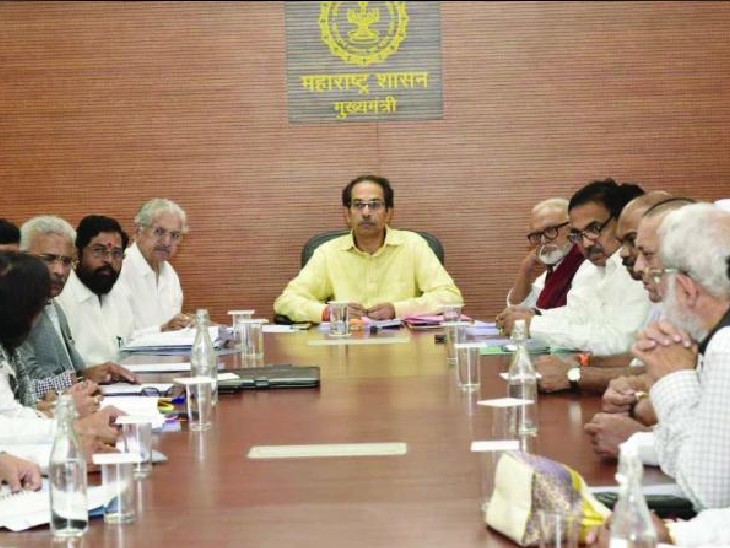 The decision to put a board in Marathi was taken in 2017 i.e. in the Fadnavis government itself, but in practice it was not being implemented properly.

To increase the trend of Marathi language in the state, the Maharashtra government has taken a big decision on Wednesday. From now on, it will be mandatory to put up name boards in Marathi language in all the shops of the state. In the cabinet meeting held today, it was decided that now every shopkeeper will have to write the name of his shop in big Marathi letters. Earlier, most of the boards were in Hindi, English and for the sake of confusion, it was written in Marathi in a part of the board.

The decision to put a board in Marathi was taken in 2017 i.e. in the Fadnavis government itself, but in practice it was not being implemented properly. In the cabinet held on Wednesday under the leadership of CM Uddhav Thackeray, it has been decided to implement this order effectively. In the cabinet meeting, it has been decided to implement the Maharashtra Shops and Establishments (Regulation of Employment and Condition of Service) Act 2017 in an effective manner.

Small shopkeepers will also have to put up Marathi boards
Till now, such small businessmen who were working with less than ten employees were exempted from setting up Marathi boards. But in Wednesday’s meeting, this rule has been strictly implemented for small shopkeepers and traders as well. It has been clearly stated in the meeting that names in Marathi should not be in lowercase letters than the name written in another language (English or otherwise). The names of the shops should be written in Devanagari script and in capital letters in Marathi language only.

Property tax waived for 500 sq ft houses in Mumbai
The cabinet has approved waiving property tax on houses having an area of ​​500 square feet or less in BMC area. According to the approval of the cabinet, this decision will be implemented from January 1, 2022. As per this decision, 16.14 lakh residential properties in Mumbai Municipal Corporation area will be benefitted. This concession will reduce the total revenue of the NMC by about 417 crores and the revenue of the state government by about 45 crores and there will be a reduction of 462 crores in the total revenue.